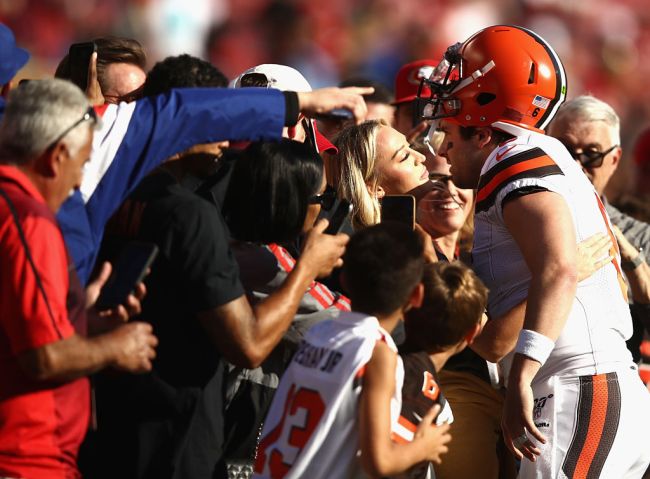 Emily Mayfield may have gone a little too far while defending her husband on social media.

Baker Mayfield, who appeared to be beefing with teammate Jarvis Landry, was dealing with several injuries cominginto the Browns game against the Lions on Sunday.

#Browns QB Baker Mayfield will play today, but he’ll be in pain. Add a bruised heel and bone bruise in his knee to a previously torn left labrum. Full details on what Baker is dealing with: https://t.co/rEnlEfrr8w

After the Browns eeked out a win against the 0-8-1 Lions, Emily took to Instagram and took a shot at Baker’s teammates while praising her husband’s toughness.

Baker's wife just called out the entire roster of the browns I wonder if this will get any media fanfare!

So @obj dad got thrashed for making a post defending his son on Instagram. Meanwhile, Baker Mayfield wife Emily is putting the Cleveland Browns down because Baker isn't a good quarterback. Also, Baker didn't talk to the Media SMH🤡. Browns fans better treat this the same #Browns pic.twitter.com/HlulUKce3x

But Odell was the diva lmfao https://t.co/tRG5dyh2B2