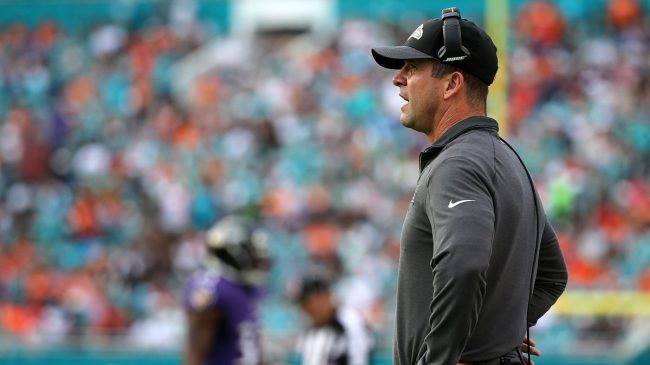 The Miami Dolphins are hearing criticism from each and every corner of the NFL world over the last 24 hours. Media members, fans, current and former players and even other organizations have all weighed in on the team’s handling of quarterback Tua Tagovailoa.

One group we have not heard much from is current NFL coaches. Typically, NFL coaches are hesitant to criticize fellow coaches and other organizations. For one, the coaching profession is often very incestuous and coaches typically don’t want to upset their friends. Additionally, coaches don’t want to take shots at potential future employers.

But John Harbaugh is different. Harbaugh’s job security with the Baltimore Ravens is as firm as any coach in the league as long as he wants to be in Baltimore, the team will likely have him. Additionally, Harbaugh, like his brother Jim, has never been afraid to speak his mind.

So it comes as no surprise that Harbaugh was the first coach to speak out about how the Dolphins handled the health of their star quarterback.

Harbaugh and the Ravens are currently preparing for Sunday’s showdown with the Buffalo Bills. But the Super Bowl-winning head coach was asked about Tagovailoa’s scary injury on Friday and offered a fascinating answer.

That’s about as sharp a rebuke of an opposing team or coach as you’ll ever get in the NFL. Dolphins coach Mike McDaniel has already spoken about how difficult the injury was for him to watch.

But it sure seems as if a lot of people around the league feel it could have been avoided had the team acted differently.