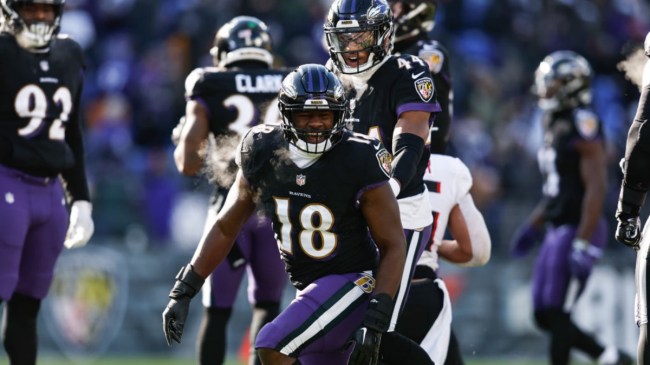 The Baltimore Ravens were one of the NFL’s biggest winners at this year’s trade deadline.

They addressed a major need when they landed Roquan Smith for just a 2nd round pick, a 5th round pick, and a player who the Bears waived 2 weeks later.

Before the trade for Smith, the Ravens had a shaky run defense that looked like it could be a liability for a team looking to make a playoff run. Since the trade, they have had one of the league’s best run defenses.

The Ravens have allowed just one 100-yard rusher since the trade and even held the Bengals to just 55 rushing yards on 20 carries in a game where the Bengals had a very positive game script.

The defense has them looking like they’ll be tough to eliminate in the playoffs if they get Lamar Jackson back.

Per Saint Omni, The #Ravens agree in principle with All-Pro LB Roquan Smith — now the highest paid at his position in NFL history with a 5-yr, $100M deal. $45M fully guaranteed & $60M in total guarantees. Huge. The 1st off-ball LB to get $20M per year. Roquan represented himself. pic.twitter.com/KCy7t26SpZ

Smith racked up 86 total tackles and a pair of sacks in 9 games for the Ravens on his way to the first Pro Bowl selection of his career.

The Ravens certainly didn’t make the trade for Smith with the intention to let him walk at the end of the season, but it is bit surprising to see them so willing to make him the highest paid player at his position when they weren’t willing to spend to extend Lamar Jackson during the offseason.

With that uncertainty hanging over them on the offensive side of the ball, at least the Baltimore Ravens know the defense will still have a star to lean on next season.