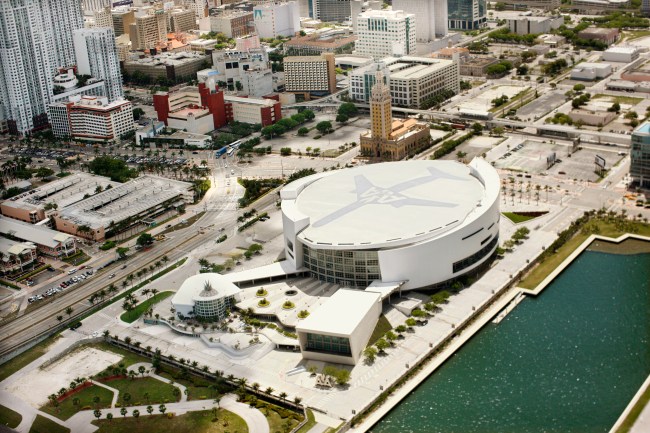 The Miami Heat has an interesting offering to change the name of their arena.

Earlier this week American Airlines announced that they were not renewing the naming rights for the Miami Heat’s home.

AmericanAirlines Arena apparently will be getting a new name by next year. Miami Dade deputy mayor Ed Marquez told Miami Today that the airline is no longer in the mix to keep its name on the Heat's arena.

“American Airlines is proud to call Miami home. We are not seeking to renew naming rights for the arena, but remain the official airline of the Miami Heat and continue to invest in programs that support the community, where 13,500 American team members live and work. We wish Miami-Dade County well in their search for a new sponsor.”

We've officially Submitted our $10,000,000 bid for the naming rights to the Miami Heat Arena. We wish to thank American Airlines for their past support of the @MiamiHEAT We intend to change the name to the BangBros Center aka 'The BBC' #BangBrosCares pic.twitter.com/YbhNattIm7

“With Pat Riley at the helm, working his magic like he has in the past, BangBros feels they need to show their support for the next wave of winning to come and give back to the city that’s treated them so well,” the statement reads. “Both the Heat and BangBros have become staples of the city, with huge fans of each. It doesn’t get more Miami than having the arena sponsored by BangBros.”

The bid was confirmed by several reporters and Bang Bros. wants to call the arena “The BBC”.

I just confirmed this is indeed a real thing — a bid was submitted. They want a nickname of “The BBC.” https://t.co/pyEovWTbdX

It seems like most NBA fans are on board with “The BBC” name.

Best arena in the league if this happens exchange all the seats for these pic.twitter.com/kjm6WCJGZq

Dudes gonna be wondering why their girlfriends wanna go to Heat games pic.twitter.com/bifMYIbbfO