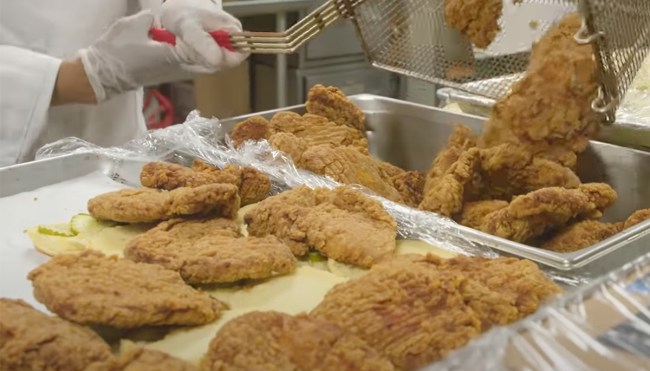 I don’t think it’s too much of a stretch to assume that the vast majority of people who attend a sporting event in person are primarily motivated to make the trek to whatever venue is hosting it because they care about the competition in question.

With that said, the main attraction is rarely the only attraction, and many of the stadiums and arenas that host fans on a regular basis pride themselves on the various ways they’re able to transform the event into An Experience.

For example, I’d argue that if you attend a game without shelling out a laughable amount of money on the overpriced domestic beers you used to wash down some greasy food, you didn’t really attend a game at all; sure, no one’s forcing you to do so, but it just feels like something’s missing if you don’t.

I feel like most fans don’t think twice about the fairly unremarkable fare that’s served up at the concession stands unless they’re confronted with one of the particularly heinous culinary crimes that occasionally make headlines. However, you’ll have a much harder time taking things for granted once you get a glimpse at what goes into making it possible.

Eater got the chance to head to Barclays Center when the Nets were hosting the Trailblazers earlier this season for a behind-the-scenes look at how it gears up to feed the 18,000 fans who typically descend upon the arena for a game and, well, it’s certainly one hell of an undertaking.

Chris Giacalone, who serves as the Vice President of Hospitality for all events at Barclays Center, says that during a Nets game, the arena will typically move:

He also peeled back the curtain to give viewers a glimpse at the slightly more refined fare that’s served up at the three exclusive clubs inside the venue in addition to the food that’s whipped up for spectators inside the luxury suites—like a tomahawk ribeye that’s dry-aged for 28 days.