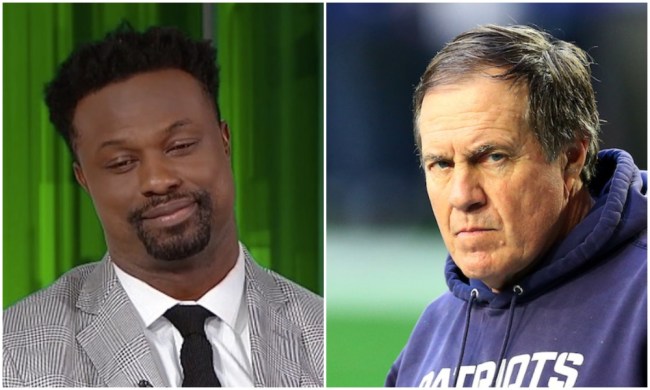 Bill Belichick is one of the greatest coaches of all time, it’s impossible to argue against the fact that the man knows how to coach football, but what about his role in New England’s front office? Since 2009, Belichick has occupied the role as the Patriots’ general manager. While owner Robert Kraft and himself discuss things both on and off the field, Belichick has the final say when it comes to what happens between the white lines.

Belichick has won six Super Bowls in his career, but over the past few seasons, New England hasn’t drafted particularly well. This is a point that former NFL linebacker turned ESPN analyst Bart Scott made during Friday’s edition of ‘Get Up.’

While Scott obviously recognizes Belichick as a great coach, he explained why he thinks the Patriots should fire Belichick as the team’s general manager.

“I believe he hasn’t drafted a Pro Bowler since 2013,” Scott said during the show. “So this is a bigger indictment on Bill Belichick, not the coach, but the general manager. When you have the perfect equalizer in Tom Brady, it didn’t matter who was out at receiver. This is a bigger case for Tom Brady to say he was the reason the organization was successful for all those years. It was like when LeBron James left the Cavaliers.”

.@BartScott57 is calling for Bill Belichick to be fired as GM. pic.twitter.com/xptxB0anSz

We really are living in some crazy times. The Patriots are 2-4 on the season, could be sellers at the NFL Trade Deadline, and people at ESPN are questioning his abilities.

At the end of the day, however, the Pats are struggling, this isn’t the same franchise we’ve grown so accustomed to seeing, so maybe Belichick handing over the GM role to someone else, or adding someone else to the fold is another change this team needs to make.