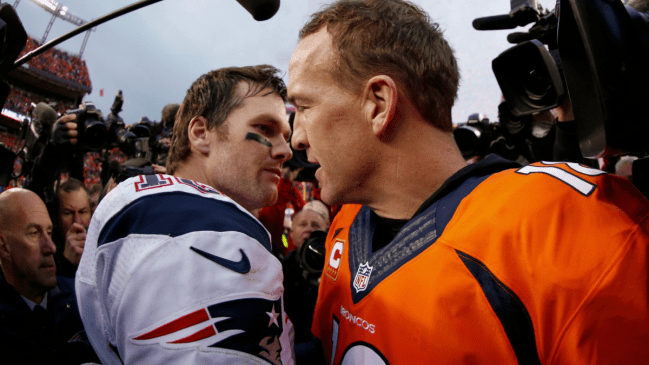 There has always been a debate over whether Tom Brady or Peyton Manning was the better player during their time in the NFL. The two passers were will eventually find their names in the Hall of Fame after storied careers on the field (somehow, Brady’s is still going).

Brady typically wins these arguments, though, as fans point to his seven Super Bowl wins with two different franchises compared to Manning’s two. But one former NFL star has another opinion.

Former Jets and Ravens linebacker Bart Scott said in an ESPN radio segment over the weekend that he believed Manning was the foe that he was more worried to face in a head-to-head matchup. He went as far as to say that most NFL defenders would agree.

“I’d much rather go against Tom Brady every day of the week than go against Peyton Manning. I believe that’s how everybody feels.”

He went on to say that Manning was a true mastermind of the offensive side of the ball while basically calling Brady a system quarterback. He had the ability to see what was coming from defenses and kept opponents off balance. Meanwhile, Brady just filled his role, executing a game plan that was laid out by the coaching staff.

“Tom Brady was more about Bill Belichick, the entire team, the execution, them having a game plan. [With Manning], it felt like you were taking an SAT test.”

Scott certainly has the experience to back his opinion. As an 11-year veteran of the AFC, he battled both signal callers on numerous occasions. He faced Manning eight times while going head-to-head against Brady in 10 games.

It’s certainly an argument that many will disagree with, considering Brady is widely believed to be the greatest quarterback of all time. But it’s hard to argue the opinion of a player that squared up against both Tom Brady and Peyton Manning on the field.