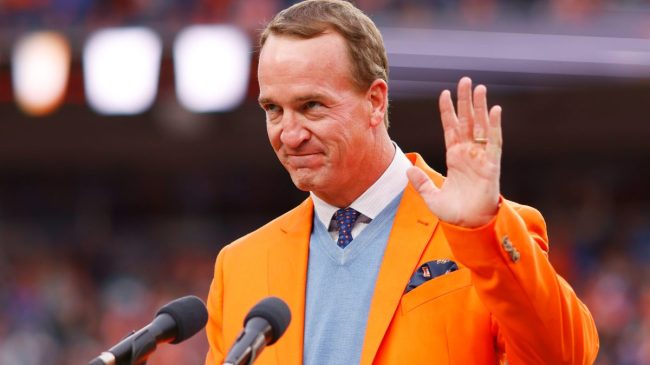 Tom Brady is making headlines for his trash talk once again. The NFL passer is known for taking digs at his opponents, and it seems that those jabs have become even more prominent this offseason.

We’ve heard him take shots at Josh Allen, Patrick Mahomes, and Aaron Rodgers. Now, we can add Peyton Manning to the list.

On Monday, Brady posted a video of himself participating in an offseason workout. He fired off a few darts while working on his drop back and throwing motion.

The video was captured on a Go Pro worn Brady’s head. He used that interesting angle to rag on Peyton on social media.

The kids over on tiktok are calling this the Peyton angle 😂 Rude! pic.twitter.com/ovCdMsfgrO

The angle makes Brady’s head look elongated in the clip, so the star passer immediately made a reference to Manning’s large forehead.

“The kids over on tiktok are calling this the Peyton angle. Rude!”

Brady wasn’t the only one getting a kick out of the video, though.

Peyton’s brother, Eli, also chose to take a shot. He retweeted Brady’s post with a caption of his own.

Eli apparently thought the joke was pretty funny, saying that it was Brady’s best yet.

I have to agree with him, this one was pretty good. We’ll see if Peyton has a rebuttal in the coming days.