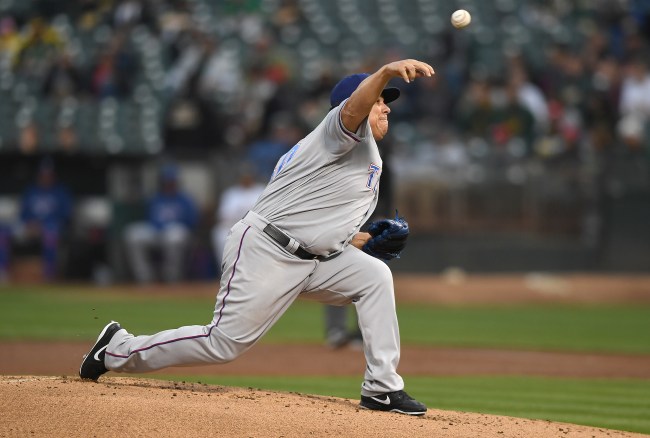 Dominican-American baseball player Bartolo Colon is no longer pitching in the Major Leagues. As far as I know, he isn’t officially retired, but it does seem like he’s moving on from the MLB after last pitching with the Texas Rangers in 2018.

These days, he’s back in the Dominican Republic making kids look foolish on the mound. Bartolo Colon crashed a kid’s pickup game in Los Rincones de Guananico where he threw some absolute heaters past what appears to be kids who are 11 or so years old.

Did he have to go this hard on the mound to flex on a bunch of kids? Hell yes, he did. What kind of legend would he be in the Dominican if he held back instead of throwing the big stinky cheese at kids who grew up idolizing him and hearing stories of how great he was in the Major Leagues?! He HAD to this hard to preserve his local rep.

Bartolo uploaded a few clips to his Instagram where he’s blowing it past these helpless kids who might as well not even have a bat in their hands.

At least this kid attempts to swing and try to hit the ball, right? That last kid didn’t even bother.

Also, I think the dude standing waaaaayyyyyyy out there in the outfield deserves a special shoutout for thinking that somehow one of these children is going to hit a bomb off a guy who was pitching in the major leagues last season.

Life looks good for The Big Sexy™ these days. He’s staying active in quasi-retirement. Living that ‘local celebrity’ life while spreading the game of baseball. You love to see it.