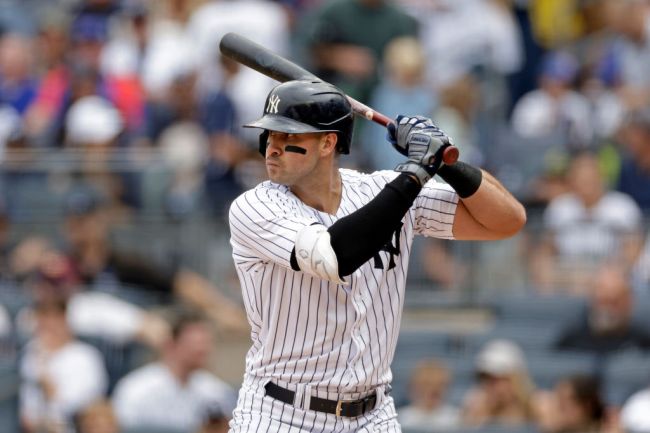 There has been no bigger disappointment for the New York Yankees over the past year than Joey Gallo. At last year’s trade deadline, the Yankees gave up 4 prospects to land Gallo and Joely Rodriguez in the hopes that Gallo would help them make a deep playoff run.

He hit .160 for the Yankees over the rest of the season, striking out 88 times in 188 at-bats. Shockingly, he hasn’t gotten any better this season.

His batting average this season is just .159 and he has 106 strikeouts in 233 at-bats. His disappointing year with the team was a big part of why the Yankees needed to add another outfielder at the trade deadline this season, acquiring Andrew Benintendi from the Kansas City Royals.

Once the Yankees added Benintendi, it was more clear than ever that Gallo’s days in New York were numbered, but it wasn’t quite clear who would actually be interested in his services.

Today, baseball fans learned that the Los Angeles Dodgers would be the new home for Gallo.

Joey Gallo to Dodgers for Beeter per sources pending medical

The Dodgers gave up a pitching prospect in the deal and fans have been finding it hilarious that the team’s fans went from expecting them to land Juan Soto to having to settle for Gallo.

The Dodgers going from Juan Soto to Joey Gallo pic.twitter.com/tXzVxr1ZeQ

Dodgers fans realizing the RF they're trading for is Joey Gallo pic.twitter.com/bZrak7tvq3

Dodgers fans finding out about the Joey Gallo trade pic.twitter.com/1GK0qmQQWT

Joey Gallo on the dodgers pic.twitter.com/eO7YpDcUeU