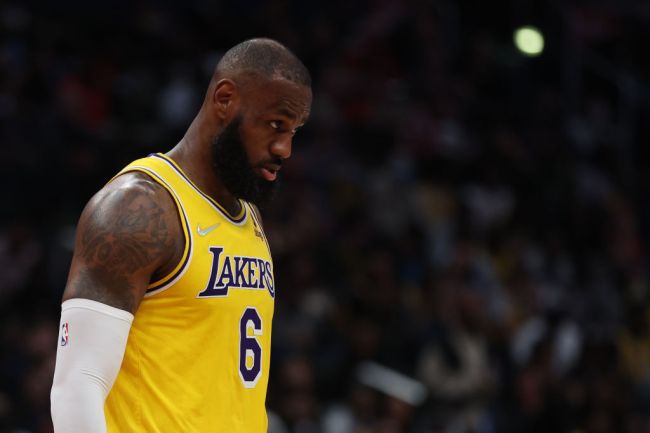 This offseason has been loaded with speculation about the future of LeBron James.

There have been plenty of people talking about the Lakers trading LeBron. There had been talk about whether he wanted to return to the Cavs. There was the discussion about him wanting to play alongside his son, Bronny, which would likely to him leaving the Lakers somewhere down the line.

Today, basketball fans learned what the future of LeBron’s career would hold for at least the next couple of years.

ESPN’s Adrian Wojnarowski reported that LeBron had signed a 2-year extension with the Lakers worth $97.1 million and that can get as high as $111 million depending on the salary cap in 2023-24.

The deal can increase to $111 million if the salary cap in 2023-2024 rises to a substantially higher number.

The deal also means that LeBron will have made more money than any other player in NBA history.

The deal sets him up to become a free agent for Bronny’s rookie year, giving him the freedom to team up with his son.

LeBron hitting the free-agent market when Bronny is a rookie pic.twitter.com/PXIY99T2K5

LeBron after becoming the highest earning player in NBA history with $532M in guaranteed money 🤑pic.twitter.com/V32rP0AIUT

Lakers fans after realizing they have LeBron for the next 3 seasons 🔥 pic.twitter.com/Lsv6ZH9OhB

With LeBron’s extension officially done, have to wonder if the Lakers’ pursuit of Kyrie Irving kicks up another notch very soon.