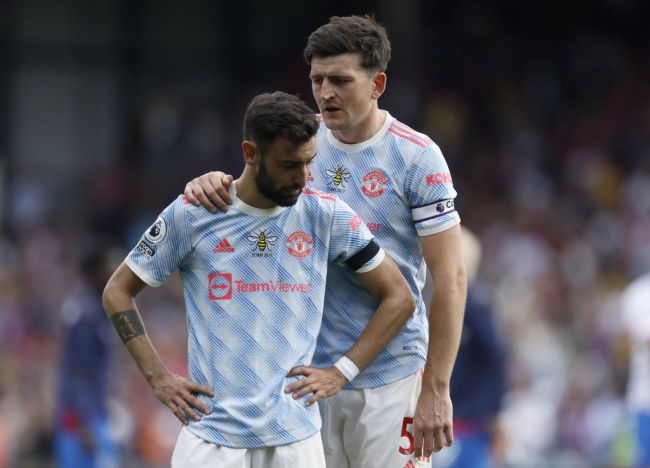 Manchester United fans probably thought they’d be safe from scrutiny this morning. The world had already had more than a full day to ridicule the club for losing to Crystal Palace on the last day of the Premier League season and for barely holding on to a spot in next year’s Europa League.

They certainly couldn’t have been expecting to see Man U get roasted on the ticker while BBC News was covering the French Open. However, that’s exactly what happened as the message “Manchester United are rubbish” scrolled across the bottom of the screen during a French Open highlight.

Errrr… what is going on with the BBC News ticker? pic.twitter.com/fofbiGyMfs

BBC News has since apologized for some reason.

They say that a trainee was learning how to write text for the ticker and accidentally published them onto the BBC News Channel. pic.twitter.com/OkjPIkJAoo

It seems the trainee was just trying to report the truth with what he wrote on the ticker. Despite their 6th place Premier League finish, this Manchester United season could only be described as rubbish.

After finishing 2nd in the league last season, Man U went out and acquired Jaden Sancho for 85 million euros, Raphael Varane for a fee that has been reported as around 40 millions euros with the potential for nearly 10 million more in add-ons, and brought in Cristiano Ronaldo for a massive salary. All of these moves have not paid off.

Man U was so disappointing early in the season that they fired their manager back in November. At the time, they were 7th in the league, so the move didn’t change much for them. They are particularly disappointing to finish the season, only winning 3 matches since the start of March.

They even nearly cost themselves a place in the Europa League with their loss to Crystal Palace over the weekend.

That certainly sounds like a rubbish team to me.