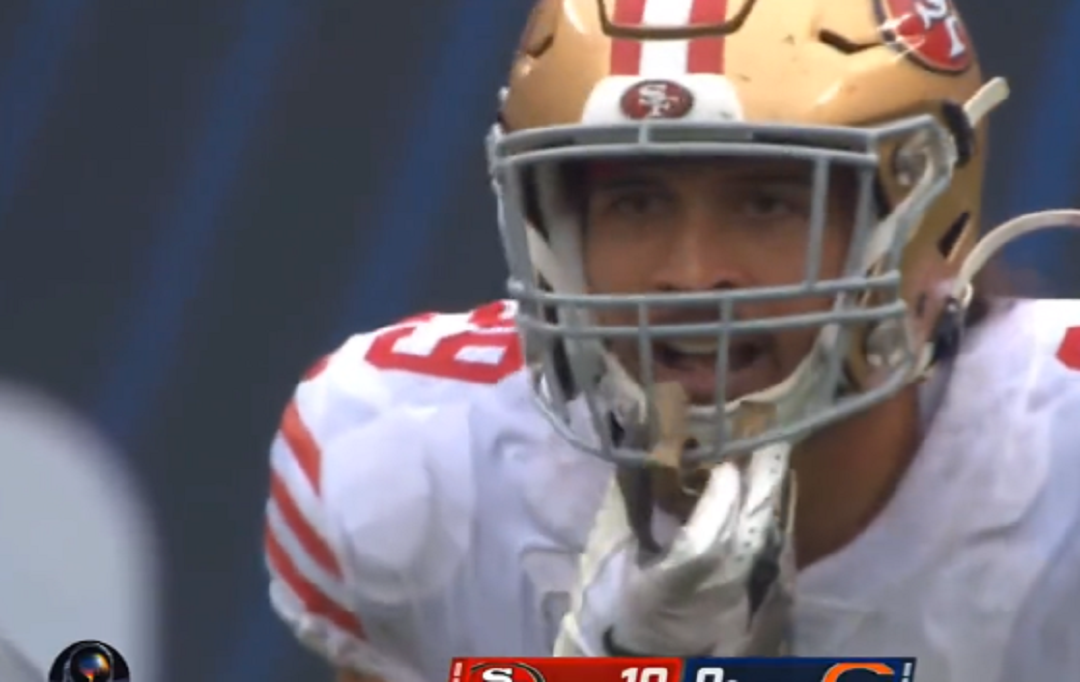 We’re only in week one of the NFL season, and we already have an announcer going viral for his poor phrasing while calling a game.

During Sunday’s Bears-Niners game, a Fox Sports announcer had fans scratching their heads,

In the second quarter, the announcer blurted out, “if he’s in the box, he’s coming, and he’s coming hard and fast.”

“Sensual Football is back!!!!”

Sensual Football is back!!!! https://t.co/tY9QVmaGGg

“Everything reminds me of her”

Everything reminds me of her https://t.co/R9uyBxAgxt

This had to be intentional.

This had to be intentional https://t.co/aGbZcRVVRs

“Family show, Fox, sort yourself out.”