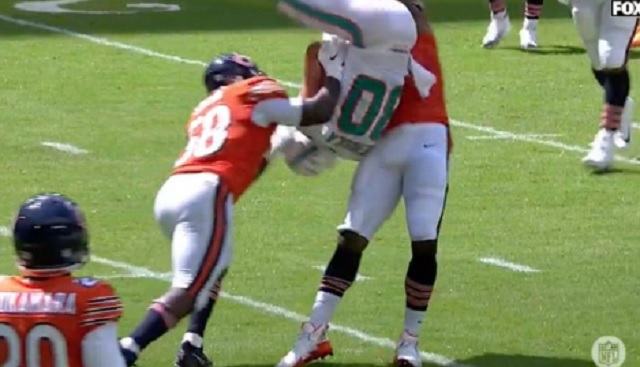 The Chicago Bears are the most fearsome defense in the NFL and for good reason.

Here’s a better look at the slam.

The Internet was impressed with Floyd’s slam.

Leonard Floyd slamming Danny Amendola like a rag doll. Looked like a Let The Bodies Hit the Floor WWE supplex.

Dude on the Bears just picked up and body slammed Danny Amendola which isn't allowed.

What do you mean you can't do that pic.twitter.com/oDb2ufkxSO