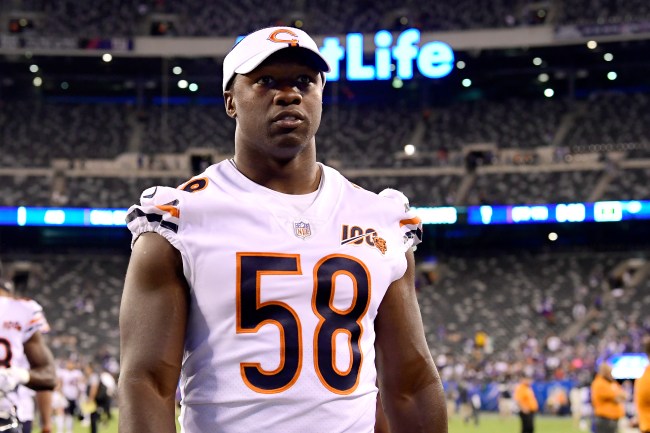 NFL teams have postponed their offseason workouts due to the health crisis in the country and it appears that Bears linebacker Roquan Smith is taking advantage of the situation.

Putting all my money on Roquan Smith not staying six feet away from Abella Danger pic.twitter.com/M78NndiSep

While Roquan is living it up people were pretty angry that he’s out partying during a pandemic.

Y’all are a sensitive bunch today. My issue with Roquan Smith is him being out and about partying during a pandemic where people are dying. He’s not helping. Plain and simple.

Chicago Bears Star Roquan Smith partying on a boat with 10+ people during a global pandemic. Chicago sure recruits the best! https://t.co/VMfjrmM76W

My issue with the #roquansmith boat video, is that if this happened recently, it’s irresponsible asf, given the Covid-19 situation, I get what y’all saying to let him do his thing, but damn, where is the common sense people?