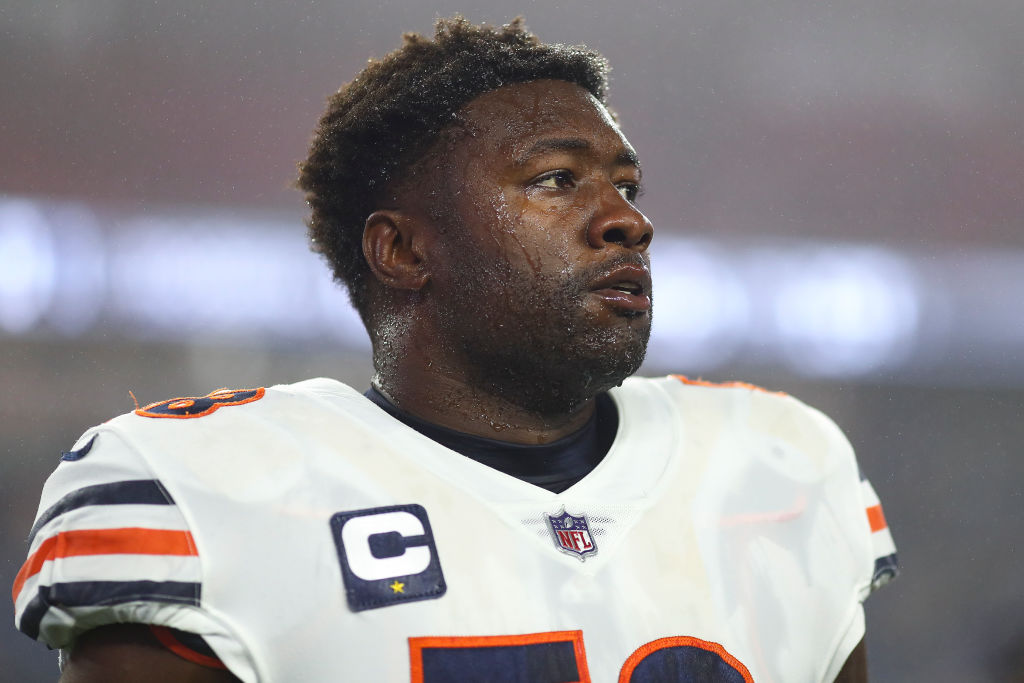 According to NFL.com’s Ian Rapoport, Quinn was traded to the Eagles for a fourth-round pick.

Blockbuster: The #Bears are trading star pass-rusher Robert Quinn to the #Eagles, per me and @MikeGarafolo. A major move, with the NFL’s best team simply reloading. pic.twitter.com/wDZ6ecWeEz

Smith was in the middle of talking to the press when he learned the news and got extremely emotional. Smith fought back tears while praising Quinn.

“I have a great deal of respect for that guy. … Damn. Crazy.”

We were speaking with Roquan Smith when the Robert Quinn trade broke. He was having a tough time and had to cut it short. pic.twitter.com/Ekd168m62S

Roquan Smith: “I have a great deal of respect for that guy. … Damn. Crazy.”