How Are The Mets Going To Ruin Me This Year? 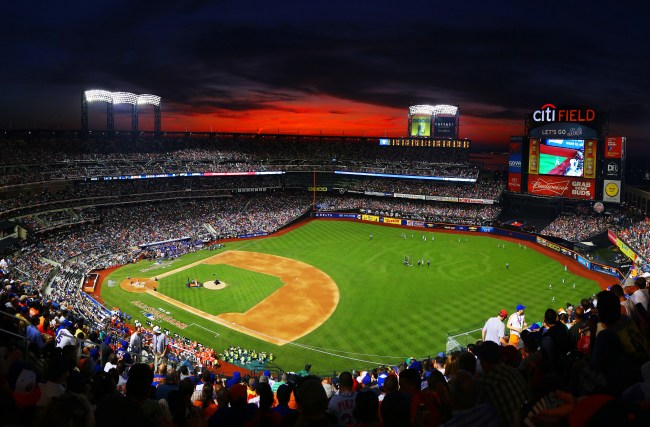 I actually began life as a New York Yankees fan. Growing up in the shadow of The City in the late 90s, how could you not? Derek Jeter and his million-dollar smile crashing head-over-heels into the stands and racking up clutch hits so consistently they named him after the whole month, Mariano Rivera being a borderline cheat code, and a roster of guys that remain New York City legends to this day: Jorge Posada, Chuck Knoblauch, Tino Marinez, Paul O’Neil, Scott Brosius, Alforson Soriano, Darryl fuckin’ Strawberry, the list goes on and on. When it comes to pure nostalgia, those iconic Yankees teams of the late 90s — hell, the late 90s in general — are the drug in its most uncut form.

But like all good things, my Yankees fandom came to an end before it ever really began, as I traded in the navy blue of the Bronx Bombers for the royal blue of the New York Mets during the 2000 Subway Series, the last of that dynasty’s championships.

Why? Because I’m a fucking idiot, that’s why. As much as I say that in jest, like all forms of comedy, there’s an element of truth to it: professional sports are, at the end of the day, a multi-billionaire business constructed around a children’s game. There shouldn’t be any rules or code that dictates who you root for. Live in Virginia but want to root for the Dodgers because you like palm trees and sunshine? Go for it.

My dumbass, on the other hand, felt this overwhelming sense of guilt in rooting for the Yankees because it was in direct opposition to the team my father grew up rooting for, the Mets.

Even as a relatively young child — no older than seven-or-eight years old — I understood that if there was anything worthwhile to be gained from maintaining a lifelong interest in what amounts to an ever-rotating group of athletes who merely don a certain uniform in order to gain your allegiance and sell advertisements, it’d be the bond you’d be able to forge with my Dad.

And just like that, I became a Mets fan, trading in a quarter-century of guilt-ridden success for countless days behind home plate at Shea with my Dad, who absolutely swears he was on that fateful October night when Mookie Wilson dribbled one through Bill Buckner’s legs. “I imagine that’s what an Earthquake must’ve felt like,” he’ll always say, “Not even counting my whiskey knees.”

Now here I am, 20-plus years later and just hours award from the first pitch of Spring Training, foolishly looking forward to what’ll certainly be another ultimately disappointing Mets season, leaving me wondering not if they’ll leave me heartbroken, but rather what month it arrives in. It could be July or September. It could be October or maybe even in the now-played-in-November World Series. Maybe now that the Mets have Yankees’ money, the price of the pain will only cost that much more.

I don’t know how the New York Mets are going to ruin me this year. But I know it’ll be worth it because I’ll be able to text my Dad afterward and we’ll be able to laugh about it like we always have. That’s what sports are, anyway — just stories of fathers and sons, told over and over again.

So here’s to you, Mets: an ever-present reminder of the important things. To another year together.