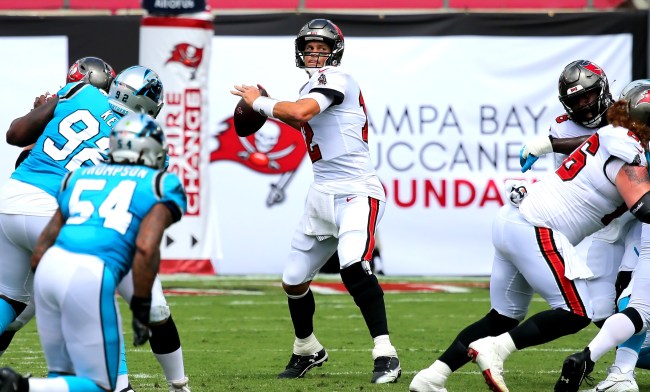 Heading into the 2020 NFL season, New England Patriots head coach Bill Belichick made it sound like not having quarterback Tom Brady on the team’s roster for the first time in 20 years wasn’t that big of a deal.

Following the first weekend of NFL action, Belichick again seemed to dismiss any ideas that things were now different without TB12 under center, saying, “Everything we’ve done for the last 20 years, and rightfully so, has been for Tom Brady. It was for Tom Brady. Everything was dedicated to him, other than the games that he didn’t play in, like when [Matt] Cassel played or Jimmy [Garoppolo] and then Jacoby [Brissett] when Brady was suspended. So there were times when we had to plan differently, but when your starting quarterback has things that he’s good at or things that you can take advantage of, then I think you try to take advantage of them”

Now, with two games in the books, Belichick was once again asked about Brady, this time during an appearance on WEEI-FM’s Ordway, Merloni & Fauria show.

During the conversation, The Hoodie was asked if he had watched any of Brady playing for his new team in Tampa. You’d think after 20 years together he would at least be a little curious to see how Brady is doing, right? Of course, Belichick said he hadn’t, because what else would anyone expect him to say.

“I’ve really been focused on the teams that we’re playing,” said Belichick. “Miami was obviously a big focus for us, Seattle, there’s some other things that came up for me last week, the Raiders, they are a team that we haven’t played. Seattle is a team we haven’t played. We kind of have our hands full taking care of the things we have to take care of.

Considering the fact that the Patriots play the Broncos on Oct. 11, and Brady’s Bucs play Denver this coming weekend, Belichick’s avoidance of watching his former QB in a new uni will come to an end pretty soon. Which, in turn, means the questions about Brady will not be coming to an end anytime soon for The Hoodie.

Listen to Belichick’s entire segment below…