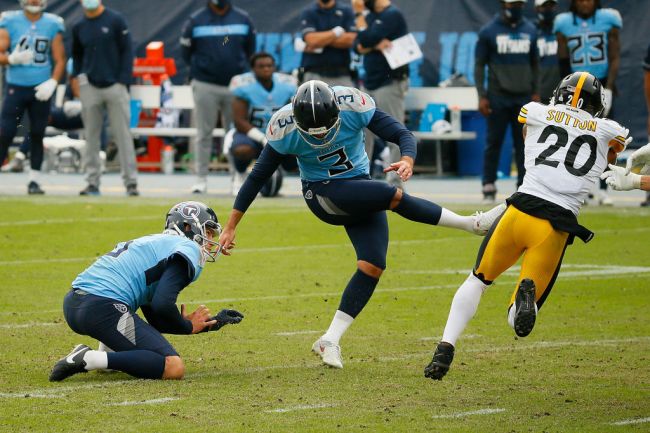 The Pittsburgh Steelers remain undefeated after winning a nail-biter against the Tennessee Titans on Sunday.

Tennessee Titans kicker Stephen Gostkowski missed a 45-yard field goal that would have tied the game at 27 and forced overtime.

The Titans were shocked when Gostkowski missed the field goal but no one seemed as surprised as Steelers quarterback Ben Roethlisberger.

“He missed it?” Roethlisberger asks, before looking around with his mouth wide open for a few seconds.

He says: "He missed it?" pic.twitter.com/6DWwBXxB2U

Gostkowski’s has converted 10 of 16 attempts this season, including 1 of 5 from between 40 and 49 yards, and nailed 51-yard kick earlier in the game.

The Steelers won 27-24 and remain in first place in a tough AFC Central.