Ben Roethlisberger Whines About Titans Not Being Forced To Forfeit Postponed Game, Steelers Getting ‘Short End Of The Stick’ 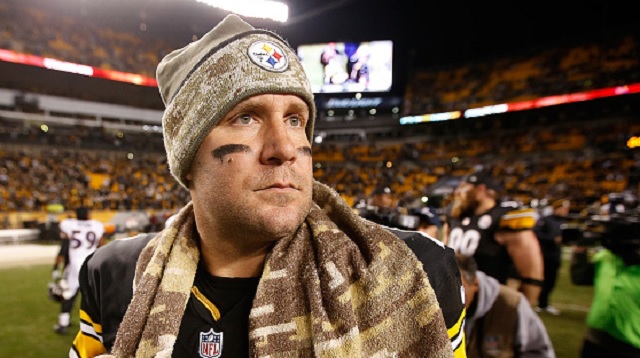 The Titans-Steelers Week 4 matchup was postponed to Week 7 after Tennessee had a number of players and staff test positive for coronavirus following its Week 3 win over the Vikings. This change in schedule moved the Steelers’ and Titans’ bye weeks to Week 4.

While the Titans are the team dealing with an actual outbreak with the future of their season completely in jeopardy, Steelers’ quarterback Ben Roethlisberger seems to want fans to feel bad for him and his team, or at least that’s how he came across with the media on Wednesday.

Roethlisberger was asked about the idea of the Titans needing to be forced to forfeit their game against the Steelers and while he said he doesn’t think the team will be forced into doing that, he thinks Pittsburgh was the team that got the short end of the stick.

Ben Roethlisberger says he doesn't think the Titans will be forced to forfeit the Steelers' game and is also asked if his team got the short end of the stick.

Roethlisberger: "Of course we got the short end of the stick."

As of right now, the Steelers haven’t suffered any sort of outbreak. In fact, no team other than the Titans have. The Steelers will host the Eagles this Sunday while the Titans, after having two more positive test results on Wednesday, could be looking at their game against the Bills scheduled for this Sunday postponed.

It sounds like Roethlisberger had plans for the Steelers’ original bye week later on in the season and is upset that it got bumped up a couple of weeks. And yes, Pittsburgh now has to play 13 straight weeks now with the bye being moved, but playing 13 straight weeks is much better than having your future games, and maybe even entire season in jeopardy like the Titans.

You can’t ‘get the short end of the stick’ in the 2020 NFL season if it doesn’t involve your team suffering an outbreak as the Titans have. The Titans are holding the shortest stick in the entire league while Roethlisberger is preparing to play a football game this weekend while having a laid back bye week.