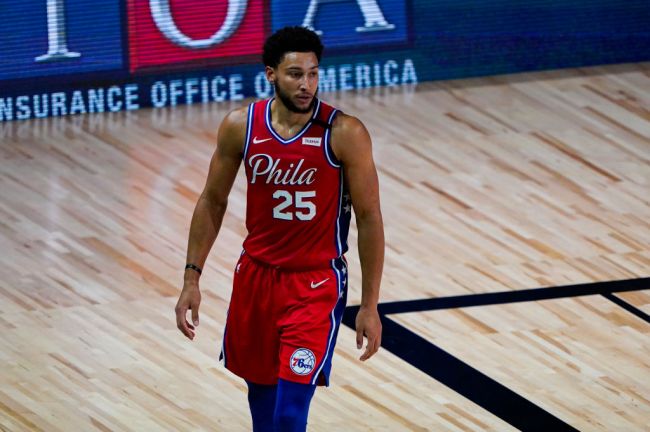 Back in 2016, Givony scouted Simmons and questioned Simmons’ “lack of competitiveness” and character. According to Givony, people at the time were saying that Simmons needed things to “revolve around him” and is often “close-minded to coaching” which seems to be an incredibly accurate description of what is going on between the disgruntled star and the Sixers today.

Despite all the recent drama, Givony doesn’t blame the Sixers for drafting Simmons but does blame the team for not holding him accountable throughout the years.

Went on the WIP Morning show in Philadelphia to talk about my 2016 scouting report on Ben Simmons (https://t.co/HXXmpSWCSJ) which, unfortunately for the 76ers, has proven to be prescient. pic.twitter.com/VAs7LgpjL7

It’s currently unclear when Simmons is going to play for the Sixers this season after he returned to the team following a brief holdout. Earlier this week, Simmons was suspended for the team’s first game of the season for refusing to participate in practice and today he came and left without taking in part in a scheduled workout.

ESPN Sources: All-Star Ben Simmons arrived and departed the 76ers practice facility today without taking part in a scheduled individual workout. His status for Friday night's game vs. Brooklyn (ESPN, 7:30 PM) is unclear. As a team, the Sixers had no practice today.