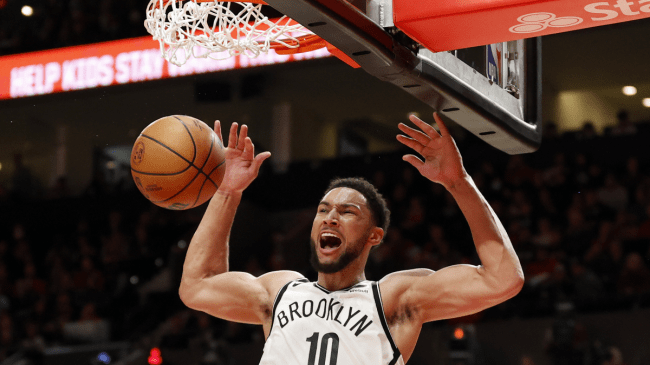 Ben Simmons will make his return to Philadelphia on Tuesday night, facing off against his former team for the first time since arriving in Brooklyn. While the Nets and 76ers did play last season, Simmons was unavailable due to injury.

Now, he’s back in full force as he hopes to get his team to the playoffs. An 8-9 start to the season isn’t ideal, but there’s still plenty of time to right the ship. Simmons has been steady presence for the Nets, averaging 7.9 points, 6.8 rebounds, and 5.7 assists over 12 games of play. As he continues to more comfortable on the court, his production will only improve.

The fans and players in Philly will make getting comfortable a tall task for the former Sixer, who left the team amid controversy. Simmons’ absence from the court, as well as his severed relationships with his former teammates, will undoubtedly add fuel to the fire as the 76ers get motivated for the matchup.

Ben Simmons talked a bit about his return ahead of Tuesday’s contest, and the hostile environment he expects to see.

Simmons seems relatively positive about coming back to the City of Brotherly Love, though he understands that his welcome will be far from inviting. Those fans have been waiting a year to see Simmons on the court against his former team and they’ll be sure to let him hear it in the Wells Fargo Center.

And if you know Philly fans, they can be brutal.

Not only will he have to deal with the crowd, but he’ll see a few familiar faces on the court who weren’t exactly happy with the way he left Philadelphia. Joel Embiid immediately comes to mind, as he was vocal about Simmons’ departure in 2021.

The Nets’ playmaker was asked about reuniting with his former teammate on Tuesday, giving a hilarious response.

“I’ve got a lot of love for Joel. Obviously, it didn’t work out, but that’s life. I wish him the best.

“I’m sure I’ll see Joel tonight. We’re going to do our secret handshake.”

The last throwaway line had many dying on social media. Fans quickly posted reactions as to what that secret handshake was.

Nah what was this about lmao

Ben trying to give Embiid the secret handshake pic.twitter.com/bWZgOAHK8u

The secret handshake in question pic.twitter.com/PnRMixjANF

The Nets and Sixers face off Tuesday night at 7:30 PM EST. It will be interesting to see how Ben Simmons fares in his return.