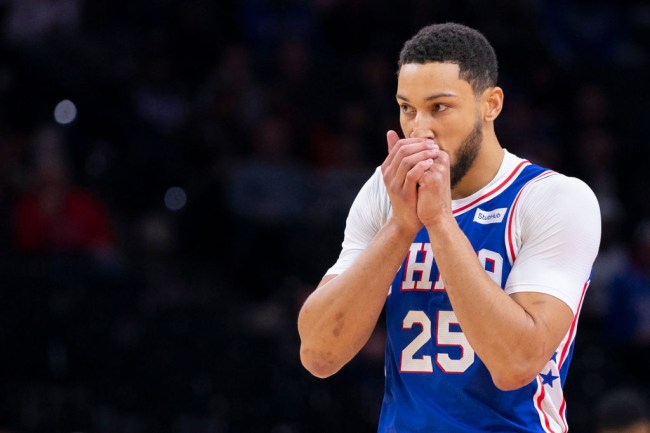 Ben Simmons went 1,451 days without making a three-pointer in a competitive basketball game with his last coming while at LSU. On Wednesday night that drought ended as he drained his first career NBA three-pointer with a corner shot against the Knicks.

Of course his first career three-pointer came against the Knicks by the way, it’s almost poetic. Also, it was Simmons’ first three-point attempt of the season and he’s now rocking with a 100% shooting percentage from beyond the arc for the year.

Ben Simmons officially hits the first 3 of his career 😱 pic.twitter.com/Fz2l3CZ5Rf

It’s mindblowing to say this about a point guard, but the corner three he hit marked the first time he’d ever attempted a three-pointer from the corner in 172 career games. Coming into the game he had gone 0-for-17 from deep in his NBA career.

As his lone 17 three-point attempts paint a pretty clear picture about how shooting the deep ball is a key part of his game, he also said during the preseason ‘I’m confident in saying I’m not a great shooter. I’m getting better, though’ explaining the jumper has definitely been a work in progress.

Joel Embiid wasn’t too excited about the fact his point guard finally hit a three, though.

“We need him to shoot,” Embiid told ESPN. “It’s great to see him make it, take it, most importantly make it. That’s great. He’s going to keep getting better and make it happen. But it was nothing special. We see it in practice. We’ve seen it a lot, so it’s not surprising to me.”

As you can imagine, Twitter reacted big-time to this historic moment and had some jokes.

Made 3 pointers this season: