Ben Simmons’ Relationship With Sixers Reportedly ‘Beyond Repair’, Is Ignoring Joel Embiid’s Phone Calls, Wants To Get Traded To One Of The ‘California Teams’ 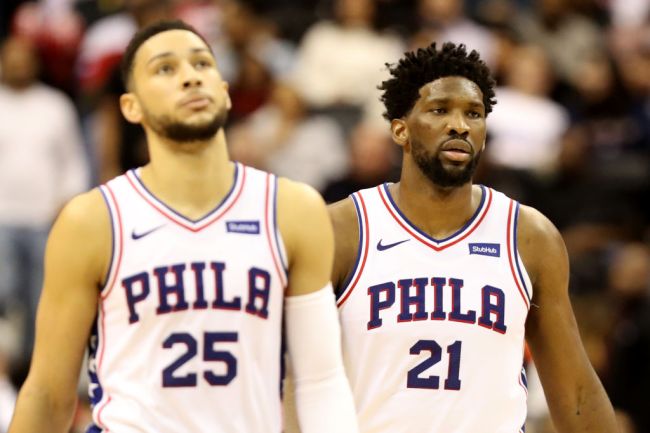 The Ben Simmons trade rumors are beginning to heat up.

According to Jason Dumas of Kron4News, Simmons has cut off communication with the Sixers and hasn’t spoken personally to anyone on the team since the end of the season.

Source: Ben Simmons has cut off communication with basically everyone in the Sixers organization. Everything is going thru his agent, Rich Paul. Ben is open to going to the GSWs though he doesn’t have much leverage in the situation.

Dumas went on 957 The Game and said the relationship between Simmons and the Sixers is beyond repair at this point. According to Dumas, Simmons has even been ignoring teammate Joel Embiid’s phone calls and is hoping to get traded to one of the California teams despite the fact that he has no leverage at the moment.

“The situation is getting worse by the day with Ben and Philly. It’s kind of like a marriage that is beyond repair at this point. Like anyone who is going to get traded…he doesn’t want to go to a bad situation. he’s reading the tea leaves, he sees Toronto, he sees Portland, and Ben being the young socialite that he is, he’s not really wanting to go to those situations. He’s open to the California teams is what I’ve been told.

Joel Embiid has reached out to him several times since the end of the season and he hasn’t returned Joel Embiid’s calls, he hasn’t been in touch many other of the players and he’s essentially taken a stepback and said hey all my communication is going to be through my agent”

It is worth noting that the Warriors engaged in trade talks with the Sixers about Simmons before the start of the draft and felt Philly was asking too much in return for the disgruntled star.

We’ll have to wait and see if Simmons is able to force a trade out of Philly this offseason.