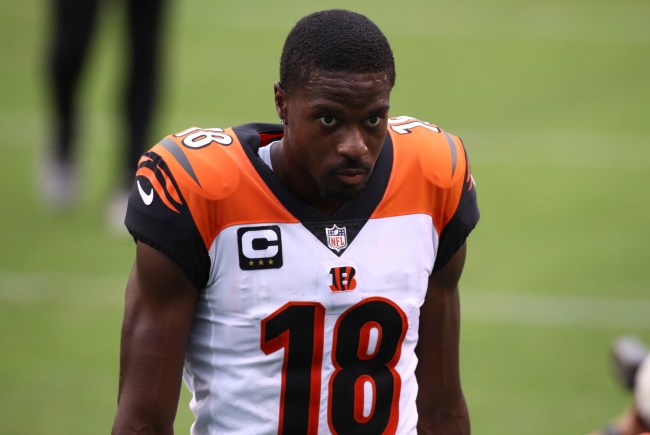 Could AJ Green be on his way out of Cincinnati?

As the Bengals were getting blown out by the Ravens today, Green appeared to get caught on camera telling a coach on the sideline to “trade me”.

Did anyone else just see AJ Green mouth “trade me” on the sidelines?

I’m not an expert lip reader, but AJ Green just said “trade me” to someone he was talking to on the bench while the CBS cameras were on him

I’m not a professional lip reader but does he say “just trade me” at the end of this? #Bengals pic.twitter.com/Yh6jxSmx1J

Fans had questioned Green’s desire to play for the Bengals when he quit on a play and refused to tackle Marcus Peters after an interception earlier in the game.

The ball was way over AJ Green’s head. Ok. He makes a decision on an uncatchable ball. But AJ was most definitely not trying to tackle Marcus Peters at the end of this return. 😂 pic.twitter.com/stqlyOcC6Q