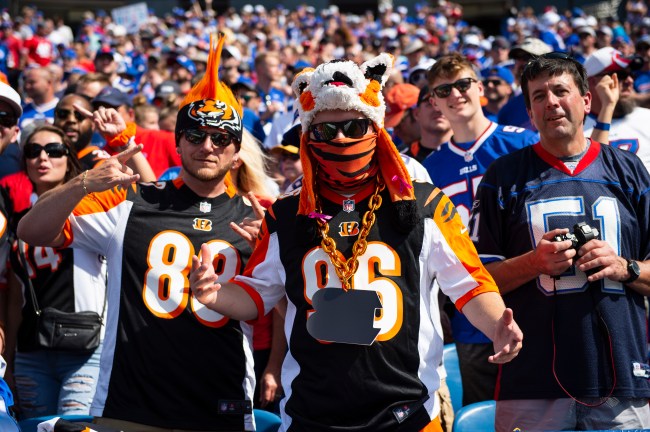 A Bengals fan may live in a tent on a roof until after Christmas after vowing not to move out until the Cincinnati Bengals win a professional football game.

Following the Bengals’ Monday Night Football blowout loss to the Pittsburgh Steelers on September 30, Jeff Lanham, owner of the Hog Rock Cafe in Milan, Indiana, promised to sleep in a tent on the roof of his restaurant until a victory is granted to the pathetic, no good Bengals.

Camping for Victory: Local man will live on roof of his restaurant until Bengals win: https://t.co/qt0NlUdILB

Lanham is mimicking a stunt former WEBN sports broadcaster “Wildman Walker” who lived on a billboard for 61 days before the Bengals won a game in 1991.

“Well, 1991 Wildman Walker did it, and I was drunk in a bar one night and said something I shouldn’t have said, and this is where I’m at,” said Jeff.

Jeff actually has a pretty primo setup. The tent is stocked with a heater, air mattress, phone charger, and a table and chairs setup for when he gets his food and drinks from his restaurant below. He heads down to the restaurant at night to hear local bands, and has the easiest hike home in human history.

But, like, he’s still living in a tent, and with the weather continuing to dip, this stunt could get old reallll quick.

Especially seeing as if he wants to be home for Thanksgiving, his Bengals will have to come away with one win against teams with many more wins than they have.

“He could be up there for Thanksgiving. I guess we’ll just have to take some Thanksgiving dinner up to him,” said Jeff’s friend, Scott Benjamin.

“They’re going to beat Baltimore. They have to,” said Jeff.

Bengals over Baltimore. BOOK IT.