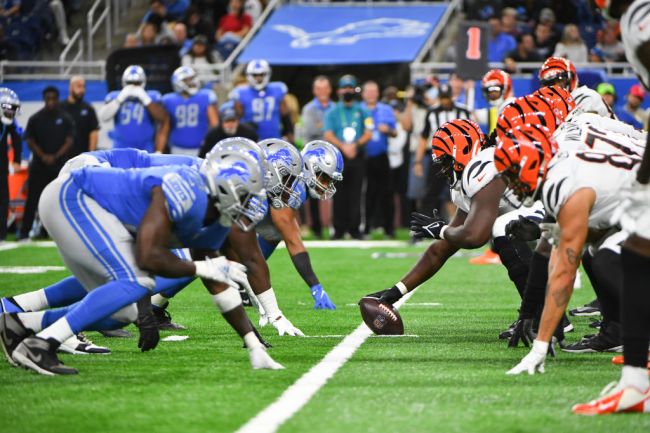 Cincinnati Bengals offensive lineman Jackson Carman was put on the COVID-19 reserve list earlier this season but was activated prior to Sunday’s matchup against the Detroit Lions. He only played a limited role during the Bengals’ win, and even threw up on the field, which had plenty of fans speculating if he was still sick with the virus.

It turns out that it didn’t have anything to do with him being sick from the ‘rona, but instead he may have picked up a case of food poisoning. He didn’t get sick after eating at just anyone’s restaurant, either, he got sick after dining at Eminem’s new Detroit restaurant called Mom’s Spaghetti.

Carman asked Twitter for food recommendations on Saturday and apparently decided to check out the rapper’s new spot. It turns out that was a bad choice. He had the perfect tweet after the game saying he wouldn’t recommend eating mom’s spaghetti.

After throwing up during the game, Carman was later carted off the field. The Bengals then announced that he was questionable to return due to an illness.

Having an NFL lineman telling people not to visit your restaurant probably isn’t a review Eminem appreciates.

Other folks seem to enjoy the spaghetti shop, though, as it has a 4.6-star rating on Google with over 300 reviews.