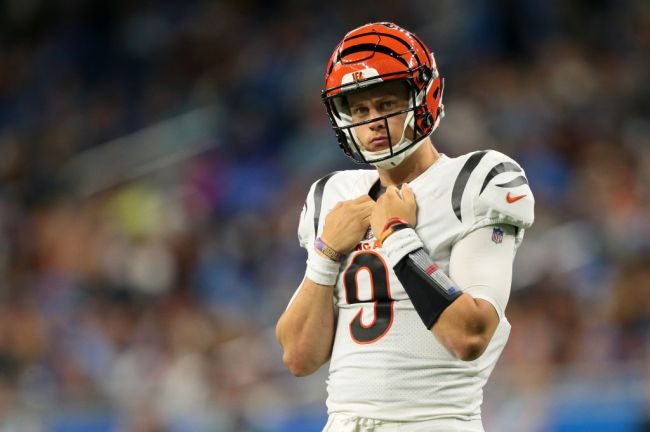 Hey, rest of the NFL, look out for the Cincinnati Bengals. That was Joe Burrow’s message following the Bengals’ 34-11 win over the Detroit Lions on Sunday afternoon.

Burrow and the Bengals moved to 4-2 on the year with their blowout win against Detroit. He had every right to be confident after the game after throwing for 271 yards and three touchdowns.

After a disappointing loss to the Bears in Week 2, the Bengals have all of the sudden got things moving in the right direction and at the moment, look like a possible playoff team.

In Burrow’s eyes, this Bengals team could go from being good to scary.

“If we eliminate some of those things that happened in the first half, we probably score 50 points today,” Burrow told the Bengals website. “But it’s the NFL. I’m never going to be upset about a 34-point game when you’re winning by as much as we did, but we do have to get some things corrected. And when we do that, it’s going to be scary. ”

We’ll learn just how good Burrow and the Bengals are soon when they play visitor to the Ravens this Sunday. If the Bengals can go to Baltimore and pick up a win they’d be sitting atop the AFC North standings, which is something not too many NFL fans would have predicted at the start of the year.