It’s Been An ‘Ugly’ Training Camp For Joe Burrow Thus Far, But It Would Be Ridiculous To Hit The Panic Button 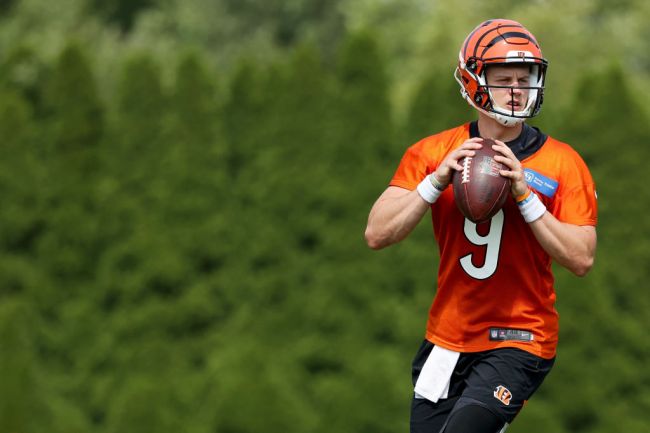 One of the most intriguing storylines heading into NFL training camps was the status of Joe Burrow. The second-year quarterback was ready to go for the start of camp after tearing both his ACL and MCL in Week 11 last season, which is great news for Bengals fans, but things haven’t exactly gone smoothly thus far.

According to Paul Dehner Jr. of The Athletic, things are not good right now. Burrow is missing layup throws he made look easy last season, but overall, training camp has been “ugly.”

Dehner Jr. made one interesting note about a specific play during camp that involved Burrow’s knee as well.

Burrow was under pressure at one point and lifted his leg into the air almost to avoid any accident with the pocket closing in.

You could look at him lifting his leg into the air as a smart move, or as a sign that he’s consciously not ready to test the knee whatsoever, and mentally, he could be fearing another injury.

It’s Way Too Early To Freak Out About Burrow

Dehner Jr.’s notes about Burrow will make some Bengals fans skin crawl, but it’s far too early for anyone to worry.

At the end of the day, this is training camp we’re talking about here. Burrow is going to ease into things when it comes to his knee and the Bengals aren’t going to push him, at least not yet, into any dangerous situations. This could cause an issue at the start of the season, but right now, the former Heisman Trophy winner seems to just be easing into things.

Pass attempts and whether you lift your leg up during one of the first practices of the season after undergoing surgery as a franchise QB don’t matter.