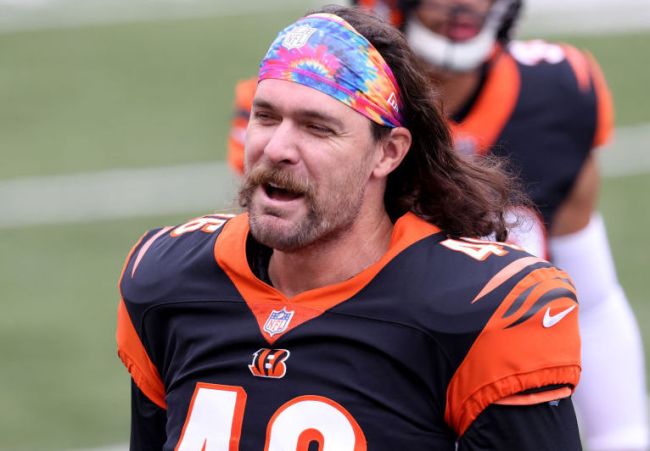 In 1997, Adam Sandler channeled his inner Bruce Springsteen with the song “Lonesome Kicker,” a ballad he used to pay tribute to the plight faced by players with one of the most thankless jobs in football.

Anyone who decides to pursue a career at that position probably doesn’t do it for the glory; sure, it might take an insane amount of talent to be able to consistently split the uprights, but when you consider that’s what you’re expected to do, there’s a good chance you’ll become the center of attention for all of the wrong reasons as opposed to being lauded with praise for a job well done.

With that said, kickers still have the ability to end up in the spotlight every now and then by pulling off some late-game heroics, but in order to do so, they need a little bit of help from the person who is far and away the most overlooked player on any team: the long snapper.

Long snapping is one of those things that basically every fan tells themselves they could do as if accurately hiking a ball a sizeable distance knowing that the 300-pound man directly across from you is waiting to pounce is simply second nature. The Rodney Dangerfield’s of the football world have rarely gotten the respect they deserve, but as the trick shot videos that took the internet by storm last decade proved, these specialists deserve more credit than they’ve traditionally received.

Did I mention my snapper is better than yours?😎 @CGrass_10 pic.twitter.com/id7Bx4EJKZ

While long snappers have had the chance to earn a spot in the Pro Bowl since 2004, this season marks the first year where fans will have the opportunity to vote for the ones they feel are the most worthy. On Wednesday, the Cincinnati Bengals kicked off a “For Your Consideration” campaign to make the case for Clark Harris, a man I had no idea existed until I saw the absurd hype video they made for him and who instantly became one of my favorite players in the NFL once I watched it.

Watch your back, Gardner Minshew; there’s a new gloriously mustachioed sensation in town.