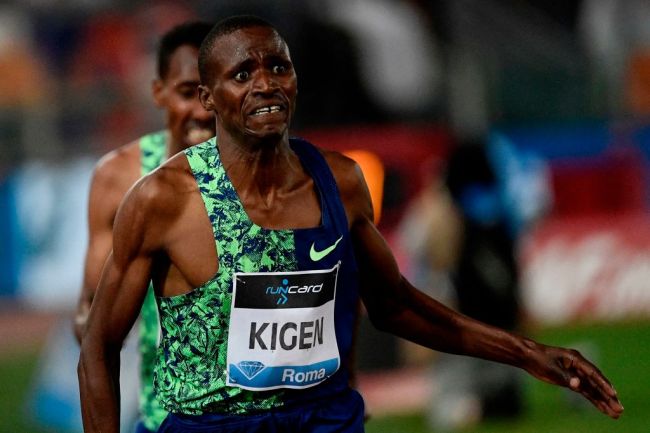 However, one Track & Field official at the Monaco Diamond League meet would beg to differ. Amid the Steeplechase event, the incompetent official rang the bell indicating the last of seven laps with two laps to go.

As a result, Kenyan track star Benjamin Kigen — who had been leading the whole race — ended up losing in terrible fashion.

The 28-year-old was out in front of the field through the first five laps. In the steeplechase, the participants run 3000 meters or about 7/7.5 laps around the track and over 35 barriers. Some have water on the landing side.

Kigen, an Olympian this summer, was well out in front through the first five laps. As he came across the start/finish line, the bell ringer rang out to let participants know that it was the final lap.

It was not. There were still two more laps to go but Kigen followed the noise and began his push.

Kicking it into high gear on the final 100 meters, Kigen was FLYING, but he began to slow up near the line. He thought he had won the race.

However, as he neared the finish, the bell ringer began to ring again— signaling the true final lap. Kigen was confused, but kept pushing as best he could.

“It’s a disgrace… counting laps is the simplest job.” pic.twitter.com/hIcHY8GU56

He did not have enough energy to continue his pace and lost. He died in an early sprint.

Confusion in the men's 3000m SC, where the bell was rung with two more laps to go would cost Benjamin Kigen dearly1 #MonacoDL pic.twitter.com/HgUQokmAmD

The blunder not only proved costly for the results, but for Kigen’s paycheck.

One, two, three, four, five, six, seven. It isn’t particularly difficult to count to seven and the bell ringer had one job.