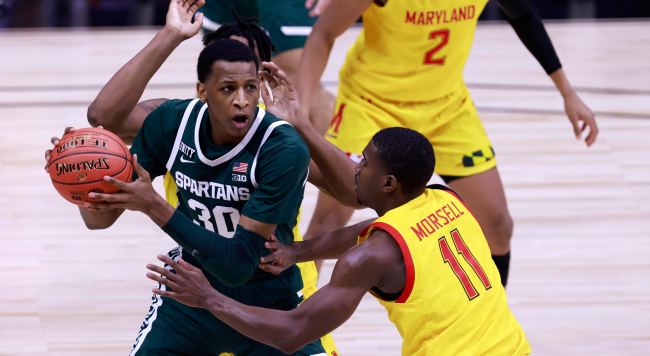 With March Madness finally upon us after taking a unprecedented year off thanks to the ongoing pandemic, personal finance website WalletHub has released its annual March Madness Stats and Facts infographic and video, as well as its report on 2021’s Best Cities for College Basketball Fans to help get hoops lovers psyched for this oh-so-magical and very much missed time of the year.

To find 2021’s top spots for NCAA hoops, they crunched the numbers on more than 290 cities using nine key metrics, ranging from the colleges in each city, the winning percentage of each, and social media engagement to the number of conference and national championships.

Among the many fun facts they found were…

• Charlotte, Terre Haute and Ithaca have the least expensive season tickets, starting at $49 – 19.9 times less than a season of hoops in Lawrence, Kansas, at $975.

• Los Angeles is home to the country’s most national championships (11), while Philadelphia has the most regular season titles (93).

Out of all the teams that actually made it into tournament this year, here are the Top 25 Rankings of best cities for college basketball fans during March Madness, based on WalletHub’s metrics.

They also determined the best and worst college basketball towns when it comes to winning, ticket price, arena accessibilty, and fan engagement. 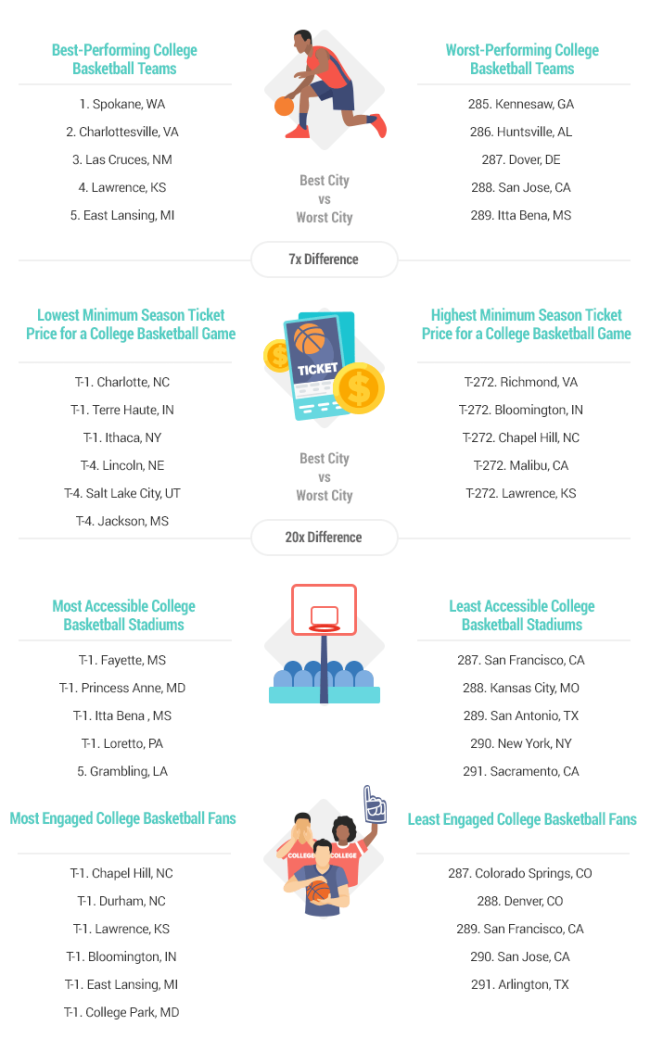 East Lansing Named The Best City For March Madness In 2021

View the entire study over at WalletHub.com.