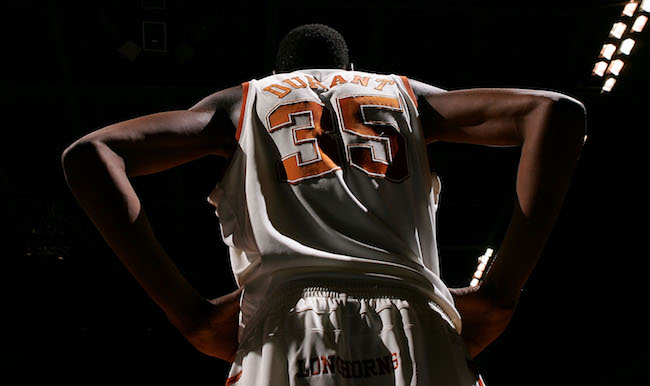 In 2006, the NBA implemented what has been dubbed the “one-and-done” rule that made it mandatory for most high school players to take a gap year after graduating. Since then, most prospective professionals have had to declare as a communications major at their school of choice for a year or, in the case of LiAngelo Ball, get arrested for shoplifting in China and withdraw from school after getting suspended from your team before going to Lithuania to play basketball.

Kentucky has perfected the art of the one-and-done, with more than 20 players declaring for the draft after their freshman year since the rule was implemented. The school has produced a number of standout players including John Wall, Karl-Anthony Towns, and DeMarcus Cousins, but plenty of teams have taken a risk on inexperienced players that didn’t ultimately pay off.

However, if the results of a recent study are any indication, the teams boasting a roster with the least college experience tend to be some of the best in the league.

Fanatics analyzed data from last year’s season and found that, as a general rule, the best teams in the NBA had the players who spent the least time putting money into the pockets of the NCAA. 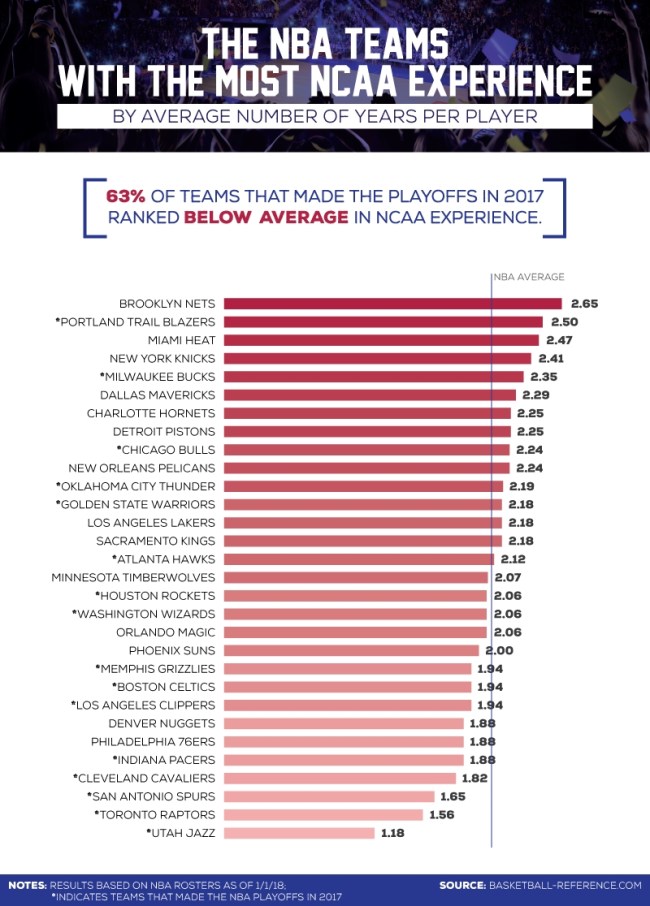 They also examined which major schools have players that stay the longest, and I doubt some of the top results will surprise you too much based on their academic prowess. 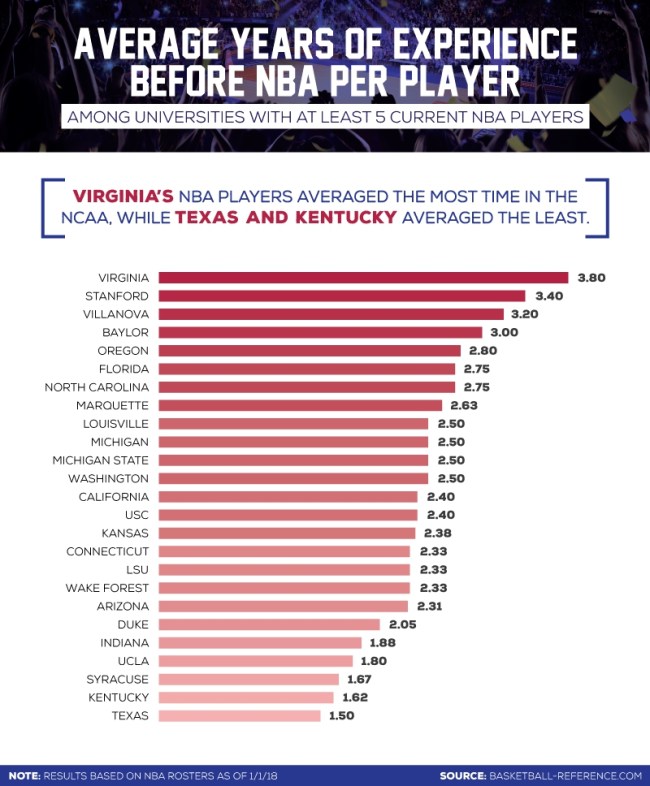 There’s no concrete explanation for why less college experience seems to lead to a better team, but my best guess is that the players who have to stay at a school for all four years might not ever be able to reach the level of an underclassman who already had the skills needed to make it in the NBA. Feel free to let me know what an idiot you think I am if you have a better theory.