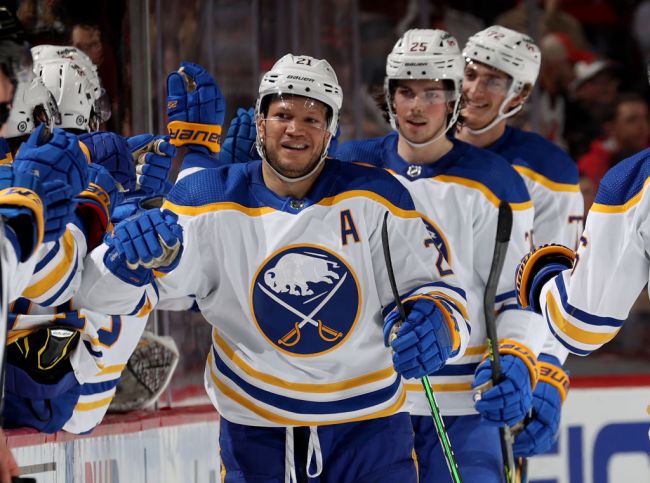 Anybody who has been betting on sports for an extended period of time can probably look back on their bet history and see quite a few mistakes. They likely won’t find any mistake that looks as good as one better’s mistake looked last night.

A gambler who goes by Oreo Speedwagon on Twitter posted last night about the incredible mistake he made while trying to place a bet on the Buffalo Sabres on Caesars Sportsbook.

Instead, because I'm old, I accidentally placed a $250 bet on the Sabres winning and Kyle Okposo scoring the 1st goal.

The Sabres wound up winning the game by a score of 5-2, but what made this winning bet particularly incredible is the way that the 1st goal was scored.

Okposo managed to score short-handed from outside the blue line to give the Sabres a 1-0 lead.

And this, THIS, was the goal that helped him cash 😭

The man also revealed that he already has some plans for what he’s going to do with his big payout.

– I told my wife to get whatever she wanted and she wants some summer dresses.
– I'm going to get a Sabres Jersey (poll coming soon)
– A dishwasher
-Cat Cafe, Nice dinner, and night on the town.

It’s a heck of a mistake to make and it’s nice to see that this gambler is going to be enjoying the fruits of his accidental labor.