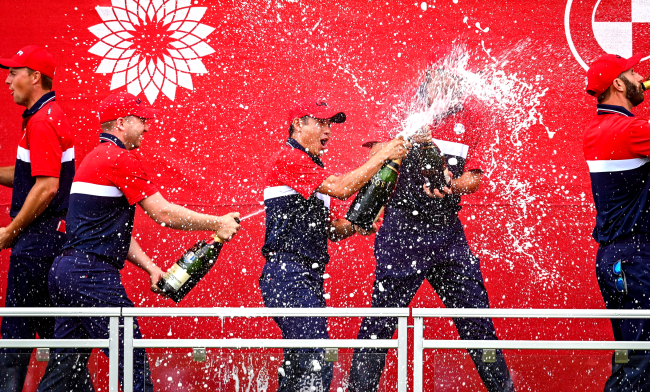 One gambler enjoyed the United States’ 19-9 win over the Euros at the 2021 Ryder Cup at Whistling Straits a little more than anyone else this past weekend, taking home almost $1 million on a 12 leg $8 parlay.

Somehow, this sports bettor correctly predicted the outcome of all 12 singles matches during the Ryder Cup, reports FanDuel Sportsbook.

Then, as if that wasn’t difficult enough to do, they also had to predict a tie in the match between Collin Morikawa and Viktor Hovland, as well as another tie in the Jordan Spieth and Tommy Fleetwood match.

Making the predictions even more unlikely, the bettor would also have to have had the following happen, according to The Golf Channel.

Add in Morikawa missing a 10 foot putt of his own on the 18th to leave him in a tie with Hovland, and one can only imagine the roller coaster of emotions this bettor, who wisely asked to remain anonymous, was on over the weekend watching his Ryder Cup parlay end up being a winner.

One FanDuel bettor in Illinois won $966,290 on Sunday on a $8 12-leg Ryder Cup parlay that included two ties in matchups.

The odds of winning this particular Ryder Cup parlay was roughly 150,000-to-1, according to SportsHandle.com. Scheffler’s win over Rahm all by itself had a implied probability of just 30 percent.

Some people really do have ALL the luck.