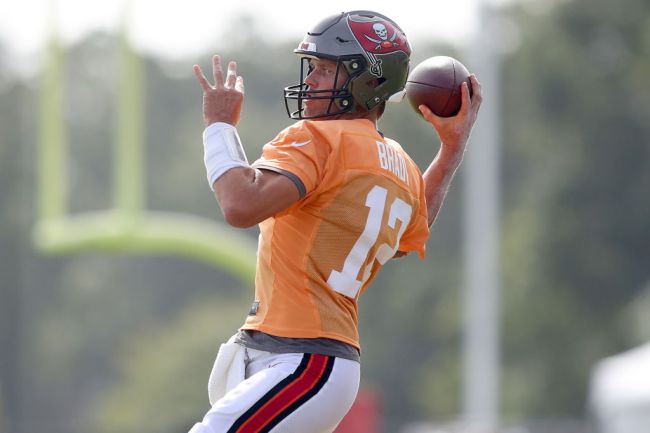 With the NFL regular season quickly approaching, sports books are about to get very busy. Among the influx of bets they are sure to receive, there will certainly be a few wild ones with massive odds.

Today, one of the most wild preseason bets of this season was made at Caesars.

The bettor wagered $250 on Tom Brady and the Tampa Bay Buccaneers to finish the season with the NFL’s worst record.

It’s only a $250 bet, but wow is that bold. The Buccaneers certainly don’t have an easy schedule ahead of them this season, but they do get to play home games against the Falcons, Panthers and Seahawks.

Winning those 3 alone may be enough to avoid the league’s worst record. Even with their difficult schedule, the Bucs are way more likely to have the league’s best record than its worst.

There are plenty of teams who could be in contention for the title of league’s worst this season. The Bears offense is a mess. Zach Wilson and Mekhi Becton are already injured for the Jets. The Texans didn’t improve much this offseason. The Lions are still a pretty big question mark.

For this bet to hit, the Buccaneers don’t just need to be way worse than they’ve been in Brady’s first two years with the team, but they also need to be worse than all of those teams in year where it would be shocking for them to even be the worst team in their own division.

This bettor either just threw away $250 or they’re going to look like a genius in January.