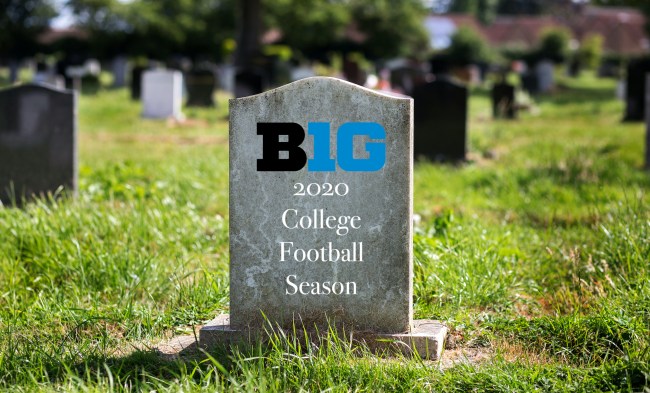 After multiple reports on Monday suggested that the Big Ten was set to cancel its college football season after 12 of 14 school officials voted in favor of doing so, the conference officially made the announcement on Tuesday afternoon.

“The mental and physical health and welfare of our student-athletes has been at the center of every decision we have made regarding the ability to proceed forward,” said Big Ten Commissioner Kevin Warren in the announcement. “As time progressed and after hours of discussion with our Big Ten Task Force for Emerging Infectious Diseases and the Big Ten Sports Medicine Committee, it became abundantly clear that there was too much uncertainty regarding potential medical risks to allow our student-athletes to compete this fall.”

The conference is hopeful that sports can be played in the spring.

Reports have also suggested that the PAC-12 is set to follow in the footsteps of the Big Ten and cancel all fall sports seasons.

Now all eyes turn to the other three Power 5 conferences yet to make a decision on fall sports. The SEC is still looking to play football this fall and is even looking to add Big 12 and ACC teams willing to join the conference for the upcoming season, according to reports.