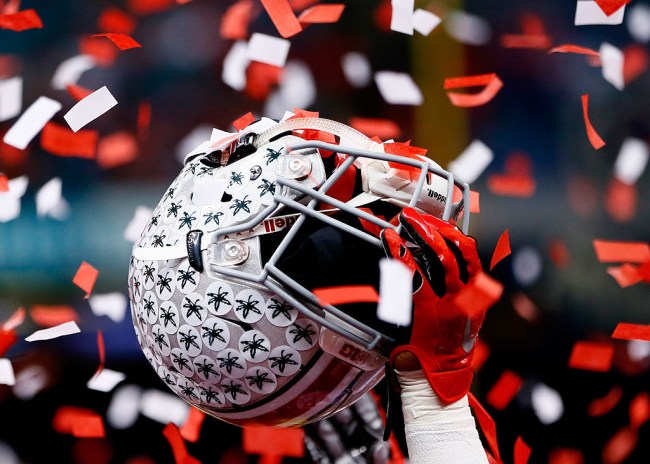 There have been a number of recent reports suggesting that the Big Ten is set to cancel all fall sports, including football after school officials voted 12-2 in favor of the decision. Following those initial reports from The Detroit Free Press as well as Dan Patrick, other reports are suggesting that it was an informal vote and no such official meeting happened.

As it stands right now, nobody seems to know what the fall season holds in the Big Ten.

During a segment of his show on Monday morning, Patrick said that a source told him the SEC is actually looking for other teams to join forces to have a season this fall and that report has very clearly made its way into the fold at Ohio State.

Buckeyes junior linebacker Teradja Mitchell tweeted out the simple question asking if OSU could join the SEC this season.

It’s honestly hard to fathom the wild yet beautiful chaos that would ensue if the Buckeyes joined the SEC for a season. Ohio State’s official Twitter account has also been sharing tweets from other players sharing the hashtags #WeWantToPlay and #IWantASeason. It’s no secret that the Buckeyes want to play football this fall, which makes the reports of Ohio State officials voting against the idea over the weekend even more interesting if they are indeed true.

Michigan also seems to be all-in on the idea of playing football in the coming months as Jim Harbaugh penned a statement explaining why he is against the idea that the season should be canceled.

Notre Dame has already joined the ACC for the upcoming season, so why can’t Ohio State, Michigan, or any other Power 5 schools do the same and join forces with the SEC? Perhaps this is the beginning of Power 5 schools dismantling conferences and setting up one big mega-conference for the biggest, most powerful schools in the country.