SEC Reportedly Wants ACC, Big 12 Teams To Join It And Play Football This Fall While Big 10, PAC 12 Are Cancelling Season 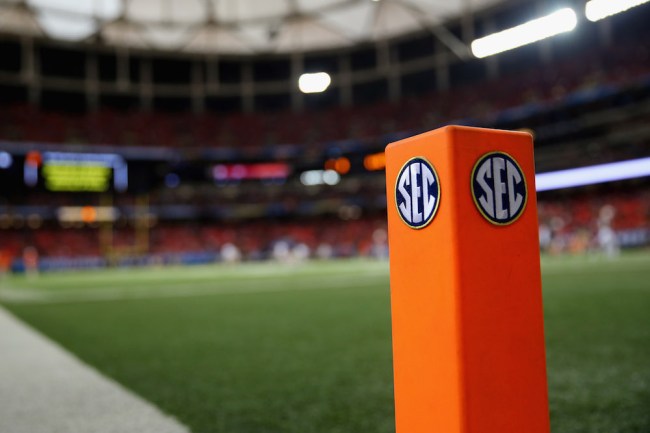 The status of the 2020 college football season has been up in the air for months now. While most schools have welcomed back student-athletes and implemented new health and safety measures along the way putting their most optimistic foot forward, we’re now in August and don’t yet know if football will be played this fall.

The hope of having a season this fall seemed to take a major blow on Sunday as reports suggested that several heads of Power 5 conferences held a conference call on Sunday and are set to meet next week with the “expected resolution of postponing fall sports until 2021.”

Following the reports, Trevor Lawrence and many other college football players took to social media explaining that they want to play this fall. Lawrence, who will be the No. 1 overall pick at next year’s NFL Draft regardless if there is a season this fall or not, shared a number of tweets explaining that players are more at risk if there isn’t football this fall.

It doesn’t seem like the decision-makers of these Power 5 conferences are paying much attention to their players, except for the SEC.

During his show on Monday, Dan Patrick said that he talked to a source that told him that the Big 10 and Pac 12 will cancel their football season as early as Tuesday while the ACC and Big 12 are still trying to make a decision. The SEC, on the other hand, isn’t looking to pull the plug just yet, it’s reportedly looking for other teams who are willing to play this fall to join it and make up a season of their own.

DP was told an hour ago that the Big 10 and Pac 12 will cancel their football seasons tomorrow… The ACC and the Big 12 are on the fence.. And the SEC is trying to get teams to join them for a season.

Last week, the SEC revealed its return to play plans which included detailed protocols that will be in place to keep everyone involved safe. They included multiple tests per week, an extended quarantine period and masks to be worn by essentially everyone on and around the field.

The conference also announced team schedules late last week, without specific dates listed just yet. According to these reports, however, perhaps the SEC could make changes to the schedules to allow teams from the ACC or Big 12 to join them this fall.