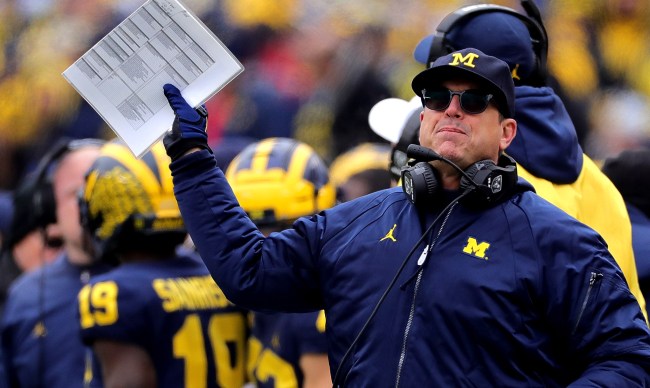 The first domino in the college football vs. pandemic game appears to have fallen as the Big Ten has reportedly elected to move to a conference-only season for all fall sports, including football.

“A decision to play only conference games is expected [Thursday afternoon], the sources said.

An assistant coach at a Big Ten program told ESPN that his head coach instructed him to stop scouting and otherwise preparing for nonconference opponents and focus only on Big Ten foes.”

This latest report comes just three days after Sports Illustrated reported that some Big Ten schools were discussing the possibility of having a ‘regional schedule.’

Major college football games will be canceled or postponed to future seasons if the conference-only schedule is put in place: Michigan’s road game at Washington on Sept. 5, Ohio State’s trip to Oregon on Sept. 12, Michigan State’s home game against Miami on Sept. 26, and Wisconsin’s contest against Notre Dame at Lambeau Field on Oct. 3.

It will be interesting to see if other Power Five conferences around the country follow in the Big Ten’s footsteps here.