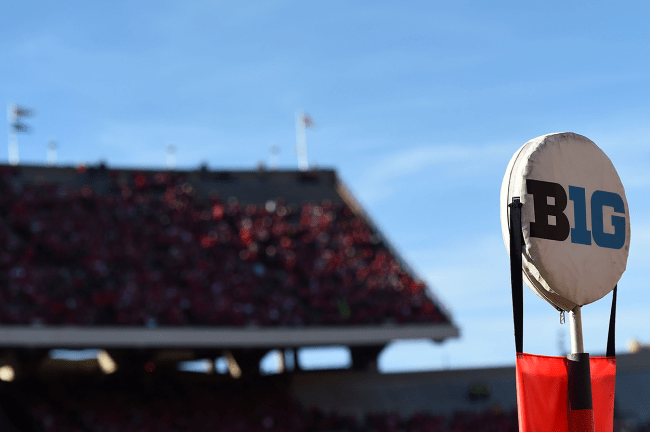 College football conference realignment is far from over. The Big Ten added USC and UCLA last week and sent teams and fans around the country into a tizzy.

Since then, there have been multiple reports about various programs leaving their current conferences for new ones. Nobody knows exactly what is to happen, but Iowa athletic director Gary Barta may have leaked some pretty important news on Friday.

While discussing the Big Ten Conference’s expansion, he said that he was pumped to add USC and UCLA to the mix. However, he said that there will not be any other moves in the near future. Barta said that Big Ten commissioner Kevin Warren is taking calls, but that the conference is not seeking members.

"At this point, the Big Ten is not seeking members. I know (the commissioner is) taking calls."

Now, there may or may not be any truth to this. The Big Ten could be preparing to add 14 more teams for all we know. Barta could be blowing smoke.

And there is always the possibility that an unexpected school could get on the phone with Warren and plead a compelling case that changes his mind.

With that being said, Barta could be sharing what he has heard and it could be true, which seems to be the case. It sounds like the Big Ten, which is now a conference of 16 after adding USC and UCLA, is staying put— at least for the time being.

That leaves other conferences to figure themselves out around them. It seems more and more likely that college football will eventually be separated into two super conferences. In the meantime, the Big-12 is reportedly looking to become the biggest conference in college sports and the Pac-12 is scrambling.

But it doesn’t sound like the Big Ten is set to add anyone new. For now.