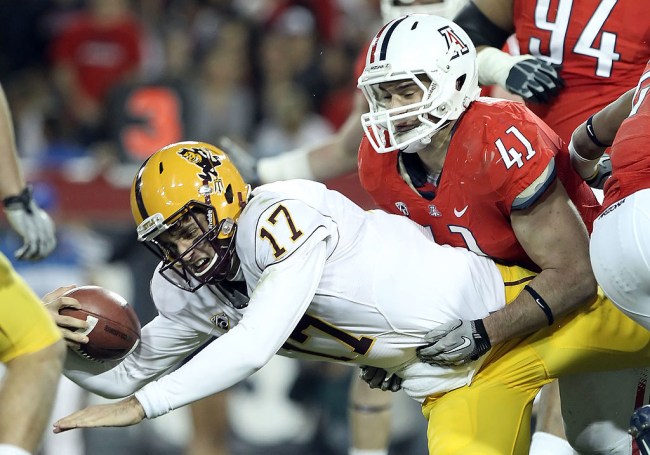 As we were reminded of a few weeks ago when Carson King managed to raise $3 million for charity thanks to a sign he brought to College GameDay, sports have an uncanny ability to bring people from all walks of life together despite any differences they may have.

Of course, sports also have the uncanny ability to inspire irrational amounts of hatred among fans who despise certain teams with a passion, and while that hatred is sometimes justified, I’ve found more often than not that the reasoning can be boiled down to “they just suck.”

Every sport has its fair share of rivalries but I’d argue there’s no more collective bad blood than in college football, a game that stokes a special kind of passion.

There are countless rivalries in the world of college football and it’s virtually impossible to figure out which one is the fiercest. However, that didn’t stop someone from trying.

According to The New York Times, Western Carolina University professor B. David Tyler and a colleague set out to answer this eternal question by conducting a survey of over 10,000 fans, and after dissecting the results, he determined the winner is…Arizona-Arizona State?

To understand this slightly baffling conclusion, it’s important to understand the methodology of the survey. College football fans were given 100 points and told to allocate them to their various rivals (the higher the points, the higher the hatred).

As a result, fans of schools with multiple rivals saw their votes splintered a bit, but when you consider neither Arizona or ASU really have any other fierce competitors, them taking the top spot makes more sense (for what it’s worth, Michigan-Ohio State took the second slot).

Here’s what the entire top ten looks like if you’re curious.