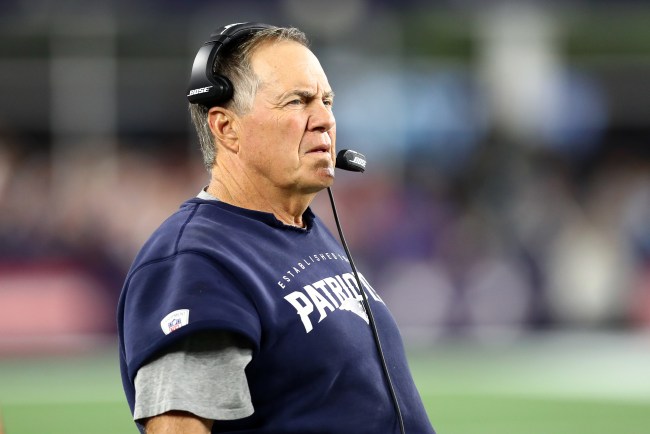 Bill Belichick isn’t in the mood to answer any questions about Antonio Brown.

This week another woman who worked for Brown accused him of making unwanted sexual advances towards her in 2017. The woman also claims that Brown sent her “intimidating” text messages after she spoke to reporters about his sexual misconduct.

Today, Belichick warned reporters that he wasn’t going to answer any questions about Brown’s off-the-field allegations. Reporters didn’t heed the warning and proceeded to bombard Belichick with questions about AB which led to him ending the press conference after three minutes.

Brown did speak to the media yesterday after ducking reporters following Sunday’s game Pats-Dolphins game but he didn’t say much.

Reporters were given four questions to Antonio Brown. The full exchange, which lasted one minute. pic.twitter.com/SvMq4vPcrU

It’s going to be interesting to see if Brown, Belichick, and the Patriots can continue dancing around the media for the rest of the season.