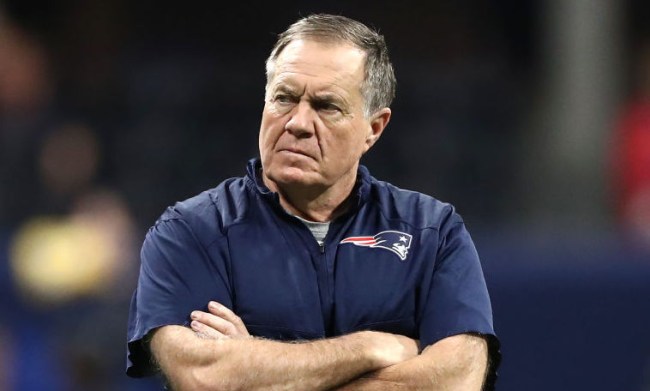 No one dominated the NFL over the first two decades of the millennium like the New England Patriots, who can credit much of their success to the brilliant coaching mind of Bill Belichick and some no-name quarterback from Michigan he decided to pick up in the sixth round of the draft in 2000.

However, if you were to ask a number of NFL fans, there’s one other factor that has played a significant role in their ongoing dynasty: a whole bunch of cheating.

We were treated to our first major scandal in 2007 in what was eventually dubbed “Spygate” after the Jets accused Belichick of directing a member of his staff to film New York’s sidelines to capture defensive signals. Belichick apologized after realizing he’d been caught and the NFL hit the team with a $250,000 fine in addition to taking away a first-round draft pick.

The following year, a report surfaced that said the Patriots had also filmed the Rams while they were conducting a walkthrough prior to Super Bowl XXXVI and the organization found itself at the receiving end of two nine-figure lawsuits. However, there was no evidence to corroborate those claims.

In 2015, we got another “-gate” scandal that found Tom Brady under the microscope after he was accused of directing an equipment manager to deflate footballs and armchair physicists everywhere got into heated debates concerning the minuscule PSI fluctuations that sparked an NFL investigation that somehow managed to end up in a federal courtroom.

Even the most diehard Patriots hater has to admit it’d be absurd to discredit the team’ success based on these incidents and acknowledge they keep winning because they’re pretty damn good at football.

The Cincinnati Bengals, on the other hand, are not a good football team, which is why it was kind of surprising to discover New England found itself in the crosshairs yet again last month. This time the accusations were levied against a cameraman following a Patriots scout for a documentary who filmed Cincinatti’s sideline during their game against the Browns only to be caught red-handed.

The organization issued a statement acknowledging the validity of the claims but denied neither Belichick nor anyone under him had any involvement and said they would cooperate with the NFL as it conducted an investigation.

Now, The Washington Post reports the league has ruled there’s no evidence that indicates the videographer was acting on any instructions given to him by the coach or anyone under him.

With that said, people who are familiar with the matter say there’s a chance the Patriots could be hit with another sizeable fine and dinged another draft pick when the final findings of the investigation are submitted to Roger Goodell in the coming weeks.