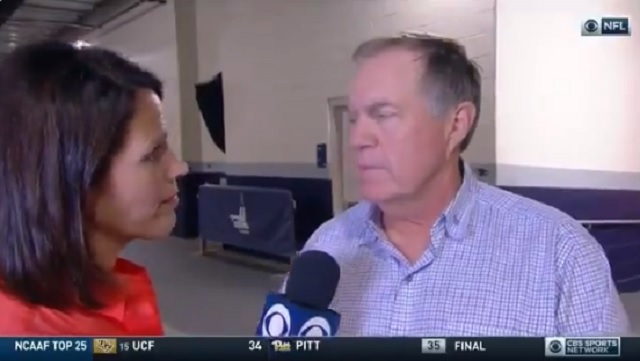 For the past two weeks, Belichick has shut down the media every time he’s been asked a question about Brown.

The Patriots have since cut Brown and AB went on a tirade this morning taking shots at owner Robert Kraft.

Before today’s Patriots-Jets game, Belichick was stopped by CBS reporter Dana Jacobson and was asked “what was the final straw with Antonio Brown?”. Belichick answered the question by saying “we’re focused on the Jets today” and giving Jacobson a death stare before walking away.

I’m pretty certain Belichick won’t be answering any questions about Brown after the game as well.