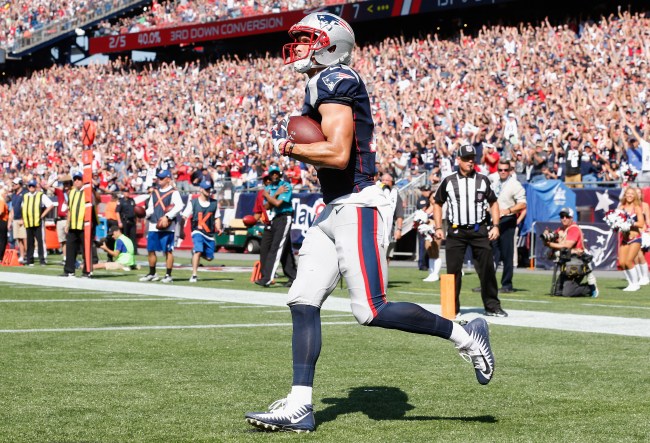 In a Patriots/Texans game that could have gone either way on Sunday, the W was earned by the team that just made one or two more plays. The Patriots bested the Texans 36-33 in a nail-biter capped off by a 25-yard go-ahead touchdown to Brandin Cooks with just 30 seconds left.

Before the half, with the Patriots trailing, Brady lobbed a 47-yard touchdown to Chris Hogan without a Texans defender in sight. This play helped the Patriots go into the half with a 21-20 lead and ultimately helped them advance to 2-1 on the season. It has been revealed that Patriots offensive coordinator Josh McDaniels came up with the play idea after eavesdropping on some Texans defenders from the sideline.

This is brilliant: Bill Belichick explains how they came up w/ a in game adjustment which resulted in a wide open Chris Hogan TD on Sunday. pic.twitter.com/cluDawZ3M2