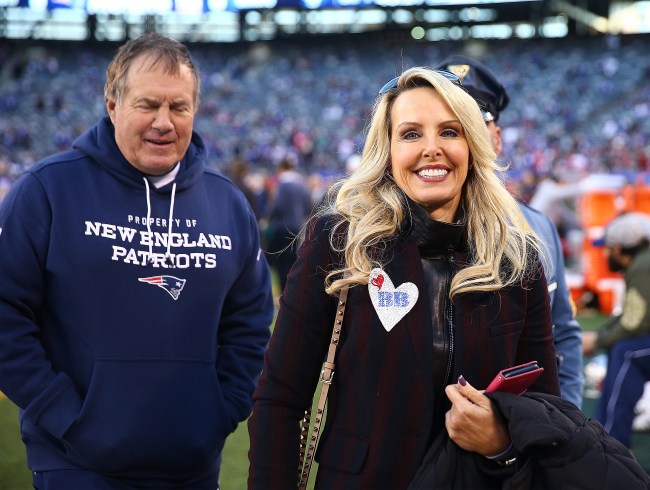 On Sunday, Brady had himself a solid game when he threw for 199 yards and scored three touchdowns in the team’s win against the Saints.

On Tuesday a fan tried to troll Holliday on Instagram by saying Belichick shouldn’t have let Brady go under her most recent post. Holliday then immediately fired back by incorrectly stating that Brady didn’t score once and the Bucs defense deserved the credit for the win vs the Saints.

Bill Belichick's long-time girlfriend Linda Holliday made this comment on IG when a fan correctly said Belichick drove @TomBrady away.

She's also wrong, Brady had 3 TDs, 0 INTs vs #Saints and had nearly 400 yards vs #WFT a week prior pic.twitter.com/X8HtfOjbnO

While Holliday is just defending her man from social media trolls I’m not sure Bill is going to be happy about her going public about her feeling on Brady.