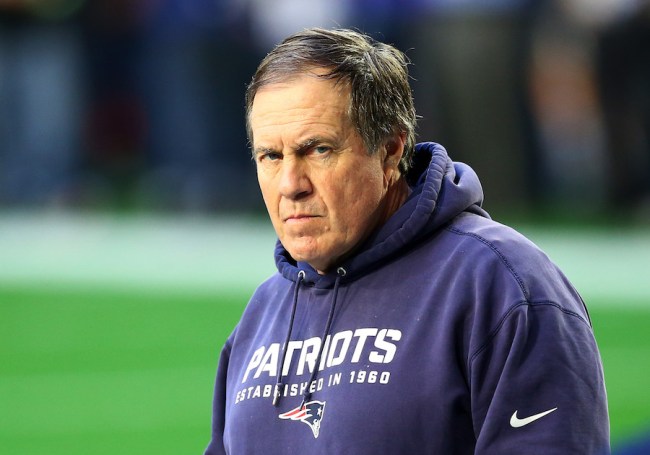 One look at Bill Belichick and a person isn’t overcome with the warm and fuzziest of feelings.

His public demeanor is pretty straight-forward and curt, but he will smile on occasion if the money is right.

In a recent interview with Mike Silver of Sports Illustrated for the “Pass It Down” podcast, former New England Patriots wide receiver Donte’ Stallworth recalled a time when Coach Belichick did him a solid and basically helped him out for the rest of his life.

Stallworth finished his NFL career with the Pats in 2012. He didn’t make the team out of training camp but was brought back in December due to several injuries.

Stallworth played one game for the team. He caught a 63-yard bomb from Tom Brady for a touchdown but injured his ankle on the play. Stallworth’s season – and playing career – was over.

Stallworth expected the team to release him with an injury settlement. Instead, Belichick told him that he’d remain on the roster to collect game checks and get credit for playing a full year in the league.

That full-year gave Stallworth ten years in the league and significantly increased his retirement benefits.

The last play of @dontestallworth's 10-year NFL career was a 63-yard TD catch. Then Bill Belichick did him a solid. From Ep. 18 of the Pass It Down podcast (and it's a crazy one!), with @fatnatsilver. Link in bio. Available on all major platforms. pic.twitter.com/xhhC4tn68A

The move ensured Stallworth would be taken care of in retirement, and not end up homeless like Belichick.

[via Pass It Down]