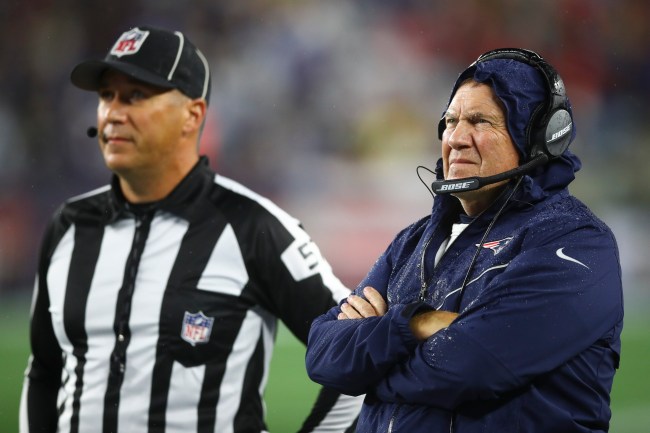 After years of reporting that could only tell us Bill Belichick made over $10 million, Kurt Badenhausen of Sportico finally got us an exact number on how much money Belichick makes on a yearly basis. That number is $18 million and he is absolutely worth all of it.

For obvious reasons, he is the NFL’s highest paid coach, beating out Pete Carrol and Sean Payton by $4 million. If his history in the league wasn’t proof enough that he’s worth the massive contract, then I believe this year should be all the proof needed.

We’ll start with his history, though. Belichick has won 6 Super Bowls in his career, led his team to play in 9 Super Bowls, and at one point had won 17 AFC East titles in 19 years. The 6 Super Bowl wins are the most by an NFL head coach and Belichick is also 3rd all-time in regular season wins.

Last season, how much of that success should be attributed to him was called into question as the Bill Belichick vs Tom Brady debate seemed to tip in Brady’s favor. Brady managed to earn a 7th Super Bowl title with an absolutely loaded Buccaneers squad, but Belichick has a chance to do something even more impressive this year.

As things stand in the league right now, Belichick has a shot at leading the Patriots to an AFC East title and potentially the number 1 overall see in the AFC this season. I know that doesn’t seem like much compared to the accomplishments I’ve listed, but when you look at the Patriots right now, that number 1 seed would be a massive achievement this year.

The Pats are currently starting a rookie QB, cut their top cornerback earlier this season, and don’t have much to work with in their receiving or running back corps. They are also facing stiff competition from a talented Bills team led by Josh Allen and an 8-2 Titans team whose defense has been dominant in recent weeks.

Yes, Bill Belichick is expensive, but he is absolutely worth every cent of that contract and it doesn’t hurt that he puts some of that money to good use.