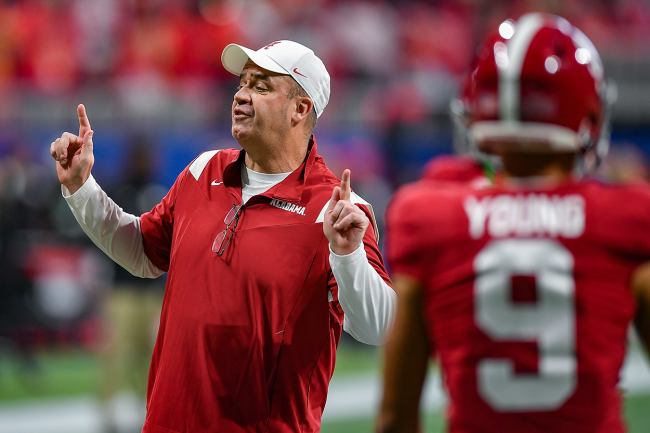 Bill O’Brien has had one of the more unique coaching careers in football history. He has done a little bit of everything, but finds himself back at a lower-ranking position than he could get if he opened himself up to other opportunities.

That is on purpose.

O’Brien, who began his career as a position coach with Brown, Georgia Tech, Maryland and Duke, joined the Patriots’ staff as an offensive assistant in 2007. After working his way up, the Massachusetts-native was named the offensive coordinator in New England in 2011.

After one season overseeing the Patriots offense, O’Brien left for the head coaching job at Penn State. He took over in the wake of the Jerry Sandusky scandal and kept the Nittany Lions afloat with back-to-back winning seasons in years they weren’t supposed to be even slightly competitive.

As a result, the Texans came calling.

After the 2013 season, O’Brien left Happy Valley to take the same job in Houston. And then things got unique, as he also became the team’s general manager.

Ultimately, after six years it did not work out. O’Brien was fired after trading away DeAndre Hopkins in 2020.

Following a year out of coaching, Nick Saban hired Bill O’Brien to run the offense at Alabama in 2021.

His first year with the Tide ended in an SEC Championship and a national championship loss. Not too shabby.

“You know, it was one of those things where when you get fired in coaching, you find out really right away that maybe you didn’t have as many friends as you thought you did have,” O’Brien said. “And I think when Coach Saban reached out to me and talked to me about this job as they were getting ready for the national championship game, I didn’t feel like — as I talked about it to my wife, Colleen, and our family — I didn’t think it was anything I could pass up. To have the opportunity to work for the great college coach of all time — arguably one of the greatest coaches of any sport — I don’t think you could pass that up.

“To learn from him, to come into this program and see how he does things, to be an offensive coordinator again with a lot of great players and a great coaching staff, that wasn’t anything that I could pass up. And so we talked about it for about a day and we decided that that was the best decision for our family.”

All of this goes to say that O’Brien’s career has been unconventional. At 52 years old, his track record has earned him opportunities to take a better job. He could likely become a college head coach, or an offensive coordinator in the NFL.

But Bill O’Brien isn’t interested in other job opportunities.

He loves the team in Tuscaloosa and is grateful to Nick Saban for letting him be on the staff. As a result, he signed a two-year contract with Alabama and made a two-year commitment.

“I made a commitment to Coach Saban,” O’Brien said. “Those things come up relative to what your role is in different programs, where you’ve been. I’ve been doing this a long time and I’ve had various roles in coaching, so obviously, those things come up.

“But I made a commitment to Coach Saban. I love coaching here. The players, the coaching staff, it’s been — like I said in the opening statement here — it’s been a really good experience. I’ve learned a lot. I’m very appreciative of Coach for giving me this opportunity.”

The loyalty to Alabama speaks wonders about Nick Saban. O’Brien has had opportunities to leave, for either a better job or one that doesn’t require the insane grind of coaching on the collegiate level. But he is staying. O’Brien isn’t going anywhere.